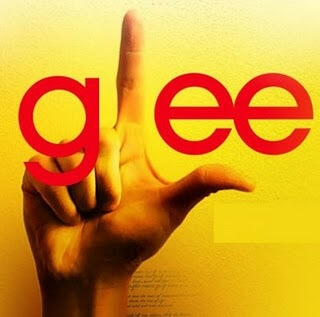 Gleek Out Without Gleeking Out Playlist

Confession time… I’m a hardcore Gleek. And if you asked me why, I could probably list at least 100 different reasons, ahmm Mark Salling. But way up there, even before Noah Puckerman, is the music. I adore the covers such as Poker Face and the mash-ups a la Singin’ In the Rain/Umbrella. Unfortunately, not all Glee covers hit the mark. So this playlist is dedicated to all the songs that are just better off as originals.

While Lea Michele is queen; Cory Monteith is definitely no Chris Brown. And with Cory’s less-than-stellar vocals, the cover loses the great flow of the original.

Let’s just say rapping and Glee rarely mixes well, especially when compared to the original. From the days when Mark Wahlberg still went by Marky Mark, this original is definitely worth a listen.

Some artist’s voices are so distinct, anyone who dares to imitate them is doomed to fall flat. Such was the case of this Glee cover. The original on the other hand, I can listen to that for days on end.

While I’m a huge Dianna Agron fan, she lacks the powerhouse vocals or soul to pull of this inspirational James Brown song.

Heather Morris’s version wasn’t bad, but it was just too close to the original. In the end Britney Spears wins any day of the week.

This song is all about passion and romance. So though Buble’s version is also a cover, it’s a much better version than the Glee one.

7. Somebody to Love – Justin Bieber

While I’m in no way claiming Bieber has the better voice, this song sung by a bunch of grown men just loses it’s charm. Plus a guilty pleasure is always a must on any playlist.

I love Sue, her vocals not so much. This duet benefitted from having Ms. Newton-John holding down most of the vocals but it’s easier to get rid of Jane Lynch’s vocals all together and just stick with the original.

Previous Post:How the Cardinals Will Win the World Series
Next Post:The Financial Aftermath of the Last Four Years