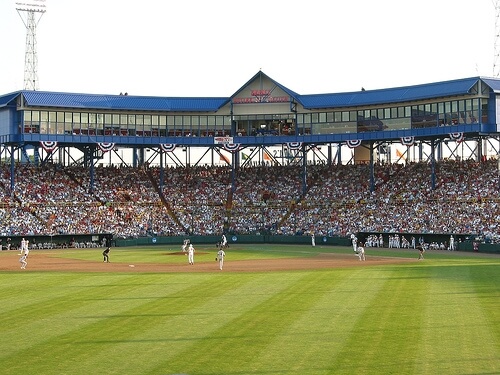 Give the College World Series Some Respect

I will readily admit my vantage point on the subject may be skewed – I have first-hand experience in seeing the university I attend transformed by a national championship in baseball and the well-under-way pursuit of another one – but the College World Series should be a much bigger deal than it is currently.

It happens in a traditional dead period for sports, and on ESPN at that. The NBA and NHL have just closed shop for the season, while Major League Baseball doesn’t really kick into gear for most fans until after the All-Star break. Plus, there’s nothing for college towns to entertain themselves with until football practice starts in August.

The CWS is unpredictable and wildly so at times. The double-elimination format gives every losing team another tomorrow. More often than not, one bad game won’t sink a drive for a championship.

If you want upsets, you’ve come to the right place. People get bent out of shape in March when a 13-seed wins one first round game. Well, the CWS has seen college baseball’s equivalent of a 16-seed – Fresno State in 2008 – win not just one game, but the actual national championship.

The tired “aluminum bats ruin the purity of the game” argument is finally dead and buried. The new BBCOR bats are as close as you can get to wood without getting a splinter. There’s no advantage in metal bats anymore; they no longer operate as if NASA engineered them for optimum rawhide destruction. Now the premium is on pitching and defense, with drama equivalent to Yankees-Red Sox in October resulting.

And, the biggest reason why the College World Series should be bigger than it is right now – is the game of baseball, people. The NFL makes more money, but baseball is still the national pastime. If you were to do a Census-like analysis of the entire nation, you would find baseball, not football, is the single-most popular sport in America. No, not as many people go to the ballpark as to football stadiums. But there’s no way the game can be the antiquated borefest so many accuse it of being and still have a gazillion minor league teams operating from coast-to-coast.

So yeah, the College World Series should be bigger. Makes perfect sense to me.