Between her Chad Lowe references and her gorgeous dress, Lena Dunham totally stole the show at the Golden Globes last night. Not only did she take home a shiny statue for Best Actress in a Comedy for her role as Hannah on HBO's Girls, but she also snagged a second piece of hardware when Girls won for Best Comedy.

If you haven't watched Girls yet, last night proved that you really should be. And if you HAVE been watching and missed last night's season two premiere to watch Lena and the gang in real life, then you're forgiven. But I'm a loyal-enough fan to DVR it and watch it that same night, so here are some highlights for those of you who fell asleep without your prescribed dose of Hannah-nudity.

1) Hannah is now rooming with Elijah, her gay-but-not-that-gay-ex-boyfriend (I'll explain later) and the two decide to throw a housewarming party. 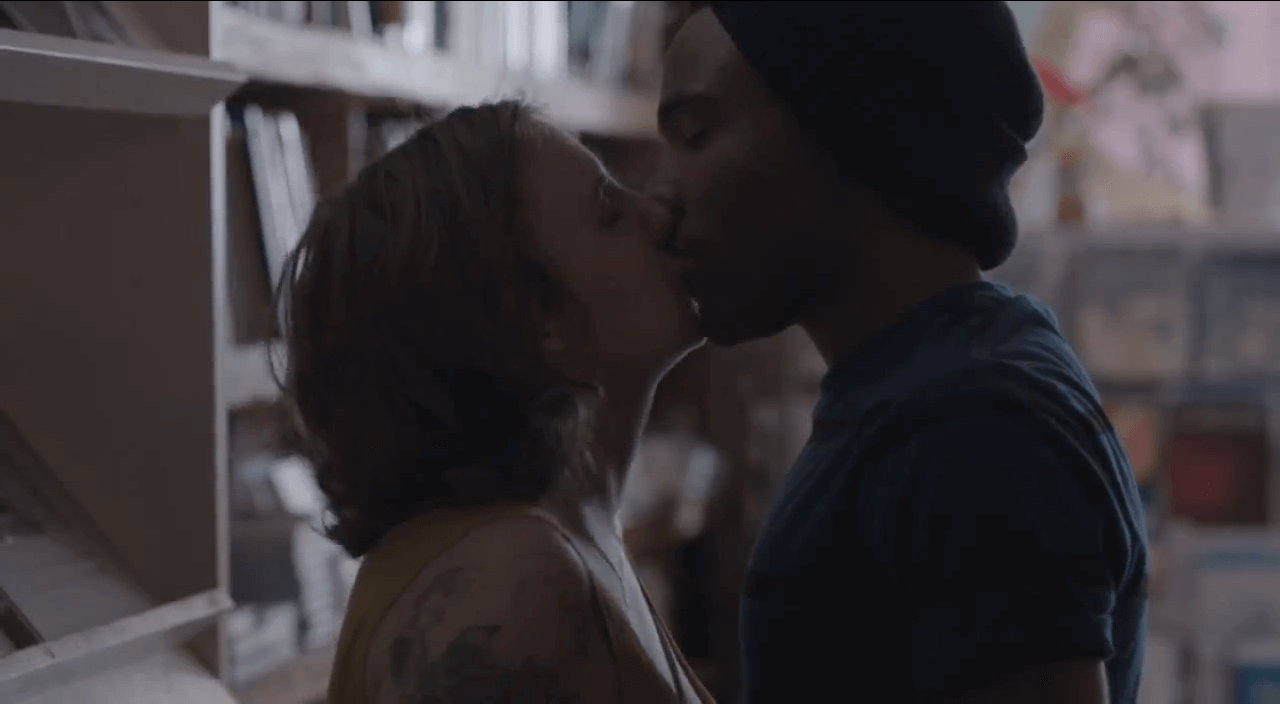 2) Hannah is also seeing a new guy, Sandy (Donald Glover = yum) who is republican and owns a copy of Ayn Rand's The Fountainhead. Think what you will on that one, but the two are very cute together and Sandy might even "love" Hannah, even though she forbids him. Sandy knows about Adam and Hannah's weird nurse-patient situation, but past their raunchy sex scene, their relationship leaves must to wonder about. Especially because she's obviously not over Adam who "made her whole body feel like a clit." To be continued, obvi…

3) Adam has a very broken leg (he was hit by a bus at the end of season one, if you recall) and Hannah is nursing him back to health. This includes, and isn't limited to holding up a pot for him to pee in (and miss) and changing his bed pan. I would totally get this, except at one point in the episode, he gets up an walks around. Consistency, Lena!

4) Marnie gets fired! Her bosses delivers the news nonchalantly, and it's safe to say Marnie is a little shocked she gets the boot over Julian, who "spilled Yoo hoo on a print!"

5) We meet Marnie's mom, (hi Rita Wilson! You haven't aged a bit!) who basically points out the obvious: her daughter has a stick up her ass and "looks 30." The two gab over lunch and I get the feeling Marnie is going to lose it this season… 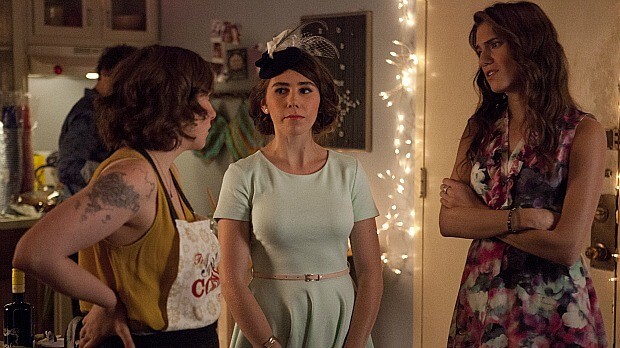 6) Charlie's new girlfriend seems to have broken up with him at Hannah and Elijah's housewarming party because he was–total shocker here–too nice to her! Does this signal and Marnie–Charlie reunion?

7) De-virginized Shoshanna is super awkward with Ray, who swoops in and makes everything better in a classic I'll-kiss-you-while-you're-yelling-at-me move. I hope those two kids can work it out…

8) Jessa and Thomas Jane return from their honeymoon and steal a cab from dozen of unsuspecting strangers waiting in line. Jessa doesn't know what address to give the cabby because, oh yea, they got married within like 5 minutes of meeting each other and she doesn't know where he lives. #RealityIsRelative

9) Turns out, Elijah's not so gay. He's actually bisexual. "Bisexuals are like the last group you can make fun of. Bisexuals and Germans. And I happen to be both," he explains to Marnie, before pouncing on her. As exciting as a Marnie–Elijah sex scene would have been, the highlight of it was some brief side boob because, surprise surprise, Elijah couldn't get it up.

10) And finally, feeling somewhat rejected and just plain blue (who wouldn't, after almost having sex with Elijah) Marnie asks to sleep with Charlie because she just "really needs to sleep next to someone tonight." But don't get too excited, they're totally just friends now and it was all PG. Besides,even if they wanted to there's barely any room for legitimate fun stuff on his bunk bed.