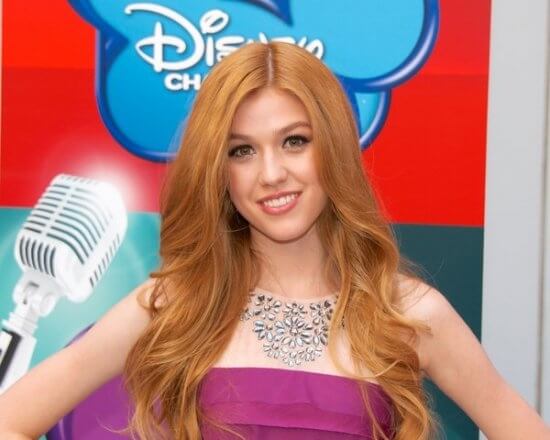 Sixteen-year-old Katherine McNamara has always done things differently than most people her age. She soared through high school and graduated with honors at the age of 14. She appeared on Broadway by the time she was 13 and today she’s in between a full time acting career and pursuing a business degree online.

“I was always kind of a weird kid when it came to school because they just didn’t know what to do with me,” McNamara says.

McNamara got kicked out of first grade because she was doing work at a really high level. When moving her up a grade still didn’t work, she was eventually homeschooled. She finished high school when she was 14 and decided to go to college. She’s currently attending Drexel University's Le Bow School of Business online program and pursuing a bachelor’s of Science in Business Administration, and hopes to utilize her acting career as a platform for future projects.

“I really love working with charities and non-profit organizations so maybe I can start my own charity or work with others,” McNamara says. “I’d love to use my acting career as a platform for starting a charity and helping others somehow. And the business education is already coming in handy because I feel like I’m better at reading contracts and stuff like that.”

While always an avid student, McNamara did not always know she wanted to be an actress. It wasn’t until she was invited to be part of a community theater production of the King and I that she realized her love for acting. She began her career on Broadway as Fredrika Armfeldt in A Little Night Music, starring opposite Catherine Zeta-Jones and Angela Lansbury. She has since been part of several other Broadway productions. “It was really amazing,” says McNamara, “I got to dress up for a living.”

McNamara's love for acting stretches beyond the stage, with credits in television and film. Tonight, you can catch her as Myra in the 2012 Disney Channel Original Movie Girl vs. Monster. Set during Halloween, the movie is about a teenage girl, Skylar, who discovers on the eve of Halloween that she’s a fifth generation monster hunter. Before she can practice the family tradition, the monsters will try to stop her. Being that Myra is one of those monsters, McNamara admits playing her was quite a challenge.

“She’s so different from the way that I am. It was also hard because it’s really like playing three different characters: the mean girl, the monster and then an actual nice person.”

In addition to her Disney role, McNamara will be starring as Becky Thatcher in the 2013 remake of Tom Sawyer and Huckleberry Finn alongside Joel Courtney and Jake T. Austin. McNamara recalls the experience amazing as well as being astonished of the country’s culture.

“We got to film in Bulgaria and it was incredible. I think the film captured the beauty of the country but it was totally a culture shock being there. I had the best time working on it–I’ve already seen clips and it looks awesome.”

Be sure to catch the premiere of Girl vs. Monster tonight on Disney Channel. It's a lighthearted, fun flick!

Previous Post:National Coming Out Day: More Than Just One Day
Next Post:Self-Pity Party in the U.S.A.