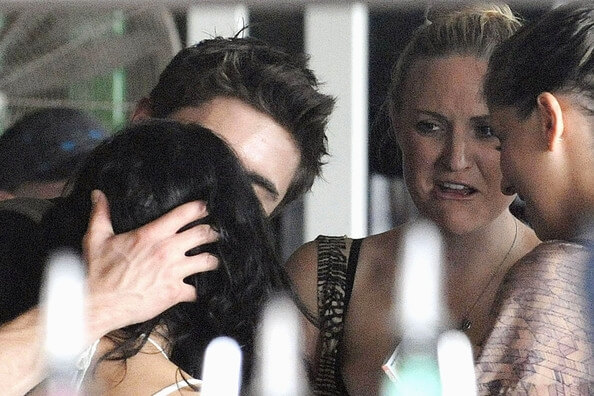 Get a Room: When is PDA Acceptable?

Audrey NobleFeb 23, 2012
Home » Latest Posts » Get a Room: When is PDA Acceptable?
FacebookTweet

We get it, people are in love. They’re excited to be dating someone they’re crazy about. But when is it okay to publicly show your affection and when should you reign in those raging hormones?

Some students think it’s never okay to show it in public. Some things are better left private. “PDA makes me sick. Go suck face somewhere else,” said sophomore of the University of California, Riverside, Chelsea Calleja.

Others think that PDA is okay in moderation. “Little acts of affection are completely fine and even nice to see once in a while,” said Faye Espiritu, a sophomore at the University of Southern California.

Espiritu and her boyfriend learn from other couples whose PDA can be too much to handle. “Not only does it make us uncomfortable, but it makes us more aware of how we act in front of other people,” she said. “Sometimes we slip, I’ll admit that. We’re a very physically affectionate couple, so what's really important to us is being physically close to each other, whether it's holding hands or putting our arms around each other. PDA has never been our goal, but we're getting better at minimizing it!”

Here’s a basic guide to what’s okay and what should be left behind closed doors.

It’s a small sweet gesture that shows the world that you two are together and doesn’t affect anyone outside of your relationship. As long as you two aren’t preventing people from walking, then hold hands all you want.

An Arm Around the Shoulder

This one is mostly for all the guys out there. What better way to show the world that your girl is all yours than by putting your arm around her. It’s still a manly gesture that your girl will more than appreciate.

A quick kiss on the cheek or lips

Because it is done in moderation, no one can hate on a couple that gives tiny kisses to each other. It’s a cute sign of affection.

The 3 B’s: Butt, Boobs, Belly. If your hands need to linger more than 10 seconds on any of these three body parts, please spare the public from seeing it and find a more secluded area.

Don’t blame it on the alcohol. Drunk or sober, no one needs to see you sucking off the lips of your loved one. If you really can’t keep hormones in check, it might be time to get a private room.

This one should be a no brainer, but you would be surprised by the amount of people who really don’t care where they get it on. The thrill of getting caught may turn you on, but you are more likely to scar an innocent by stander.

PDA in moderation can validate a relationship and show others how crazy you are for one another. But when PDA gets to a certain extreme, you will be the couple that everyone talk about…and not in a good way. Less is more. Leave a little, maybe even a lot, to the imagination.