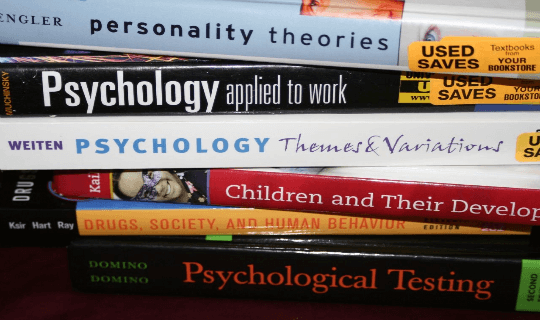 From The Senior: Trashing Textbooks

Top dog, head honcho, the big cheese, senior. All of these guys and girls know exactly what they’re talking about after three years of experience.  Don’t know what to do with your textbooks after finals? They’re here to help!

“Sell them through the Amazon used books section,” says Muncks. “I've used them for dozens of textbooks, and I've sold all of them within a few weeks of putting them online. Look at the prices of the other used copies of your textbook that are for sale to determine what you should sell yours for. Amazon will take a portion of your fees for commission, but you'll still get a hefty portion of the selling price just for you.”

“I keep textbooks that I think might be helpful down the road. This is mainly for textbooks that apply to your major–you know, when you'll need information for a paper or project.” Levitt does sell her other books back though. “A company (I think Cash 4 Books) sets up right off campus and buys back books–they pay more than the school store and buy back the random books that the school store doesn't buy. It's nice to get some cash back, even if it's just a couple dollars. That's better than having 50 books [lying] around your room.”

“If I think I may need a book again–for example, for my major or if I enjoyed reading it– I hold onto it. Otherwise, I sell it on Amazon. It's really just a matter of personal preference and whether you think you may want the book again,” says Marmer.

“I am a hoarder,” says Morrison. “I get paranoid that some[time] in the future I will need a book on the history of the British Empire, debatable,” she jokes. “I really only keep books I will need in the future. For example, I really liked my organic chemistry book, and when I was studying for the MCAT I was supremely happy that I had this book to review. I would recommend selling back books you will never use again and keeping those that you might use until you decide that you won't.”

“I try to get textbooks as cheaply as possible at the beginning of the semester, so I don't have to worry about losing a ton of money later. I keep the ones I want or put a lot of time into, or just the ones I enjoy (mainly books, no one enjoys textbooks). I sell or recycle the rest” says Shapiro.