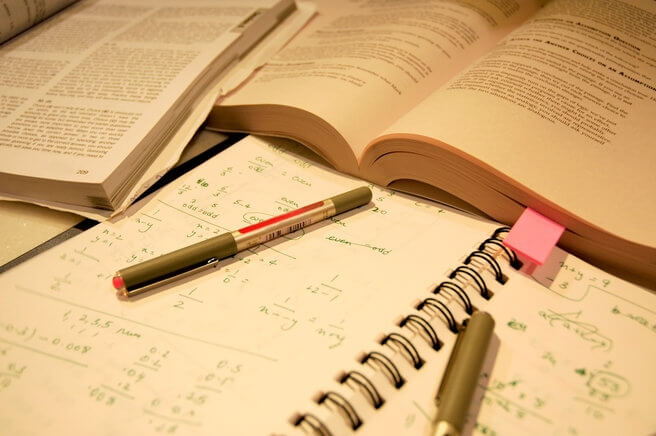 From the Senior: Do’s and Don’t’s of Finals

Top dog, head honcho, the big cheese, senior.  All of these guys and girls know exactly what they’re talking about after three years of experience.  Don’t know what to and not to do for your first college finals?  They’re here to help!

DO: “Join study groups.  Friends of yours can help you with concepts you don't understand.  Also, if you aren't sure if a section of the textbook will be on the exam, you have a whole group of classmates right there to ask.”

DON'T: “Pull an all-nighter right before an exam.  No matter how much you study, a lack of sleep can mean that your brain won't run nearly as smoothly as it does with a full nights rest.  Get a mix of both sleep and study time to do best on your finals.”

DO: “Ask your professors as many questions as possible.  Find out the format, what they recommend you study…anything they'll tell you.  At least for me, professors have always been pretty helpful and make sure we're prepared.”  Levitt also recommends, “[i]f you have an early morning exam, set a million alarms and get someone to call you that morning, especially if you're up late studying the night before.”

DON’T: “Put off studying.  If you have 3 free days before your exam, start studying early.  But also relax; you've had a busy semester and you deserve it.  This is especially important if you have multiple exams in a small amount of time.  Be organized, and don't abandon study habits that work for you.

DO: “Study early and often.  It's a lot easier to learn/study the material if you're not trying to do it at the last minute.  It's a lot better to study an hour a day for five days then to try to study for five hours the day before your exam.”

DON’T: “Be tempted by your friends.  Everyone has different schedules.  Just because your friends are hanging out or partying doesn't mean you should.  Think about your schedule and your academics first.”

DO: “[Get] a head start…I like to make a schedule of all my days so that I can juggle everything at once.  This isn't like the semester where you can kind of brush off a class to study for another; you have to be studying multiple things at a time, which can be overwhelming so I really like to start early and schedule so that I can do well!

DO: “Go exercise too; swim laps, [or] do something where your brain can subconsciously digest all the new stuff you've put into it.  Do study with gum.  Studies suggest gum helps concentration and focus.  Also, mint allegedly helps the memory retain information.

DON’T: “Don't pull all nighters. Your brain works better on sleep.  The whole not sleeping/pride thing is a bunch of crap.”

Previous Post:Are You Hipster Enough?
Next Post:Surviving the Holidays