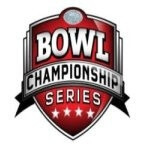 It’s hard not to imagine the amount of power-football that will ensue when these two historic programs battle for title of the BCS National Champion. These teams are no strangers to one another, having met for 17 national titles. It may be hard to choose which traditional team to place bets on,  but the backing of one of the top college coaches — Nick Saban — may lead to an Alabama win.

Some of the USC players have expressed some distaste from the regular season on their Twitter accounts, but they key is making sure they are mentally present for the bowl game as a bit of redemption. As long as they bring their A game and are able to overcome Georgia Tech quarterback Tevin Washington, USC has a chance of coming out on top.

The No. 3 ranked Florida team may not have had a Tebowesque season this year, but they have still played according to their style, with a powerful defense, which will likely cause a problem for Louisville. Predictions say the Cardinals may be in over their head.

Northern Illinois has a noteworthy quarterback in Jordan Lynch, and although they are an underdog with an almost heartwarming story, they may not have the pure athleticism that Florida State has in order to obtain an orange bowl win.