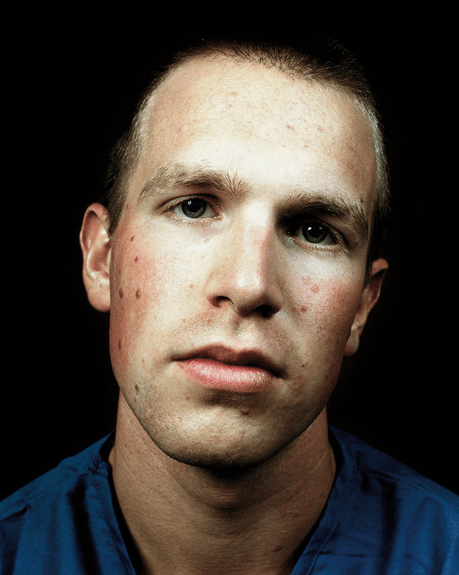 Two cases dealing with our nations criminal justice system have emerged this past week that serve to underscore a vitally important and often-overlooked concept in our legal system: that of forgiveness. The two cases—one bringing even more insanity out of Iowa, and the other a tragedy from Florida—stand at opposite poles on this issue. And the issue itself warrants serious consideration. Restorative justice, focusing on forgiveness, rehabilitation, and reducing recidivism, is at the margins of the criminal justice system. But all college students have a friend, perhaps a college friend, perhaps one from their hometown, who just can’t seem to stay out of trouble. Advocates of restorative justice argue that the problem is a systemic one. These two cases provide a striking contrast of the different ways in which things can go down.

The first story, out of Iowa, deals with correctional officer Kristine Sink. Working for years as a female officer in a unit for mentally ill prisoners at maximum security Fort Madison, Sink was subject to verbal abuse from the prisoners. But she believed that what was making the situation was the fact that the prison allowed  convicted rapists and murderers to watch films which graphically depicted sexual behavior. AP reports that the films inmates were permitted to watch include “‘Deranged,’ a horror film that includes a scene in which a woman is beaten, raped, hung upside down and skinned. Among other movies inmates watched were ‘Delta of Venus,’ an erotic film; ‘Coffey,’ which shows sadism and attempted rape; and ‘Cruel Intentions,’ records show.”

When Sink complained that these films encouraged the inmates to sexually harass her, one supervisor suggested that the problem was simply that her uniform—standard issue—was just too enticing. When restrictions finally were put into place, the inmates saw Sink as the cause of their decreased privileges. After that, the harassment just got worse. Additionally, the restrictions were eventually loosened. Ford Madison represents a prime example of the “human farm” style of prison, focusing on retributive justice without an eye towards rehabilitation. Certainly “Deranged” has never rehabilitated a sexual deviant.

In contrast, there is the tragic case in Florida of Conor McBride, a college student who shot his girlfriend, Ann Grosmaire, in the face after a marathon 38-hour argument, and then turned himself in to Tallahassee police. Grosmaire died after being taken off life support. McBride and the Grosmaire family were close and, though her parents felt at first that they could never forgive him, their deeply held religious beliefs troubled them. They then met with the local prosecutor who informed them that, in theory, he could, at his and their discretion, pursue manslaughter charges, rather than the murder charge, which would carry a mandatory life sentence. Grosmaire’s mother discussed her decision to visit McBride in prison, telling the New York Times: “Before this happened, I loved Conor,” she says. “I knew that if I defined Conor by that one moment — as a murderer — I was defining my daughter as a murder victim. And I could not allow that to happen.” Both families, as well as McBride and the prosecutor, participated in a restorative justice conference and, after hearing from everyone affected by the crime, the prosecutor acquiesced to pursuing a term of 10 to 15 years. This was something that the Grosmaire’s could live with.

The Times article writes that restorative justice “considers harm done and strives for agreement from all concerned — the victims, the offender and the community — on making amends. And it allows victims, who often feel shut out of the prosecutorial process, a way to be heard and participate. In this country, restorative justice takes a number of forms, but perhaps the most prominent is restorative-justice diversion. There are not many of these programs — a few exist on the margins of the justice system in communities like Baltimore, Minneapolis and Oakland, Calif. — but, according to a University of Pennsylvania study in 2007, they have been effective at reducing recidivism.”

Without arguing that either view of criminal jurisprudence, the retributive or restorative and rehabilitative philosophies, is correct, one thing is clear. The system of criminal justice a society uses is a function of the times. As college students begin to become voters and policy makers, they will be the ones to shape the way in which this country deals with crime. Long and hard consideration should be given to what sort of society we want to shape, for ourselves and for our children.

Previous Post:Fashion Risks To Take In The New Year
Next Post:Your 2013 Film Calendar: Must-See Movies of 2013