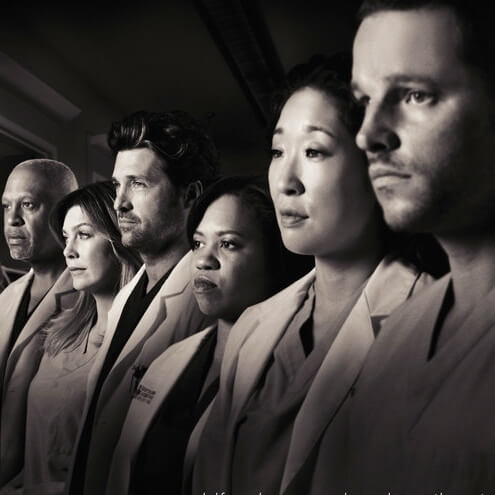 While many students are sad to see summer end, the start of fall always has one bright prospect: the return of our favorite television shows. While new shows often attract a hype of curiosity, established shows’ plot lines are what have students desperate for their season premieres.

Returning dramas like ABC’s “Grey’s Anatomy” and “Desperate Housewives” have viewers ready for answers to loose ends from last season. “Grey’s Anatomy’s” seventh season ended with “McDreamy” couple Meredith (Ellen Pompeo) and Derek (Patrick Dempsey) adopting a child, but Derek left them both when he learned that Meredith had tampered with an important medical trial. Will Cristina (Sandra Oh) choose to keep her baby? Will April (Sarah Drew) be strong enough to lead the team as chief resident? With constant ups, downs, and even musical numbers, how long will this drama last?

Blair Eberhardt, a junior at the University of Kentucky, said she has watched “Grey’s Anatomy” from the beginning and hopes the show will maintain some of the positive relationships between characters.

“This whole Derek and Meredith wishy-washy thing is stupid,” she said. “They should either stay together or break up. I know they have to be entertaining, but if they don’t keep something constant then ratings are going to down.”

“Desperate Housewives” has had its fair share of cliff-hanging endings as well, but now heading into its final season, viewers are hoping for the original mystery – why Wisteria Lane resident Mary Alice committed suicide – to be resolved.

“I’m excited to see the whole thing come full circle after so many years,” Eberhardt said. “The plot has been everywhere, and I’m interested to see how they wrap it all up.”

Coveted viewer ratings tend to determine the fate of every television show, sometimes regardless of the actors’ and writers’ talent. Dramas rely on heavy plot twists and emotion to stay afloat, while comedies thrive on individual personalities.

Matt Kraus, a junior at the Ohio State University, said he considers NBC’s “The Office” to be a “show in danger” if it doesn’t find a replacement for Steve Carrell, who played main character and Dunder Mifflin regional manager Michael Scott.

“Carell's character had always provided a center for the show, and in the wake of his departure the show felt a little lost at sea,” he said.  “Now the show just needs to end the search for a new boss, and carry on with little regard for the past. I'm not sure if this is something the show can do.”

We’ve been waiting all summer for dramatic cliffhangers to be resolved and for our DVRs to be full once again. While some may have trouble parting with their final seasons, current shows are changing, and we’ve already highlighted an enticing new line-up.

Previous Post:Healthy is the New Skinny
Next Post:Jim Tressel’s New Gig With the Indianapolis Colts