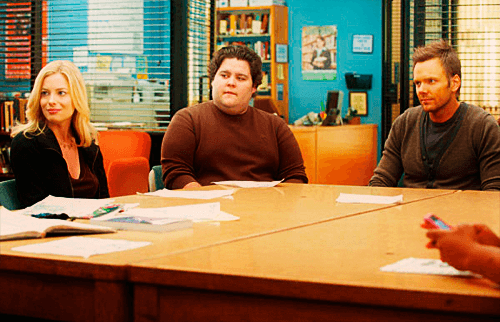 With its witty meta-humor and unfailing jabs at pop culture, NBC’s Community has been delighting its loyal audience since 2009. The cast is a group of some eccentric characters, and among them is Charley Koontz, who plays loveable nerd Fat Neil.

Koontz had a passion for acting from an early age, after landing a role in an elementary school play. But it wasn’t until college that he seriously considered pursuing an acting career. A graduate of Loyola Marymount University, Koontz first studied film production and then switched his major to theater.

At Loyola Marymount, Koontz participated in student theater, where he says that acting became more serious. “It definitely became work, but it was the good kind of work. Rewarding work,” he says.

But college was fun, too. Koontz says that college was an awesome, creative time and he drew a lot of inspiration from just spending time with people. “I would just go out for coffee with people, hang out and party with them… Friends are characters, but real, so you learn a lot from them,” he says.

On Community Koontz plays Neil, who is ostracized and mocked for being overweight. Jeff (Joel McHale) coins the nickname “Fat Neil,” but then feels guilty and tries to make it up to Neil when he realizes that he has psychological problems and is considering suicide. Jeff decides to organize a Dungeons & Dragons game during which Neil, a big fan of the fantasy role-playing game, will be the hero.

Working on the show, Koontz says, has been incredible. “Everyone is so talented and confident that there is always such a great vibe. When you’re on set, you really feel like you’re part of something special. The show really tests the limits of comedy and it’s awesome to be a part of that,” he explains.

Being on set during his very first appearance in the sitcom was stressful, Koontz recalls, because he really wanted to be funny. A big fan before he got involved, Koontz did not want to disappoint but soon realized that with a character like Neil, it wasn’t about the laughs. “The character is introduced as a kid with some serious problems, so being funny isn’t really the dynamic of that role. I saw that I needed to just be truthful and honest and play him as a real person,” he says.

When the show was on hiatus in 2011, Koontz feared that it was the beginning of the end. Fans were outraged, and began an online campaign to bring the beloved show back. Following a frenzy of the #SaveCommunity, #SixSeasonsAndAMovie, and #OccupyNBC trending topics on Twitter, a CollegeHumor released a video titled "Save Greendale (with the cast of Community)," and a flash mob outside of NBC's Rockefeller Center headquarters in New York City, the show returned on March 15, 2012.

According to Koontz, the outpouring of support from fans was overwhelming. “It means that the show is much more than just a sitcom to people. It shows how influential entertainment can be—it can be art,” he says.

Now in its third season, NBC announced today that the show has been renewed for a fourth season, and thirteen episodes have been ordered for the fall.

Neil, who appeared in season three as the DJ for Greendale’s campus radio station, may have a budding romance with Vicki Jenkins (Danielle Kaplowitz) and I personally hope to see that relationship blossom in future episodes and seasons.

Though he graduated in 2009, Koontz says that he still thinks about college a lot and misses it. His message for students is to enjoy it while it lasts and never take themselves too seriously.

“Don’t get too hammered, but don’t forget to have fun either. College is a safe place to try and be whatever you want to be,” he says, “and you should take advantage of that opportunity.”