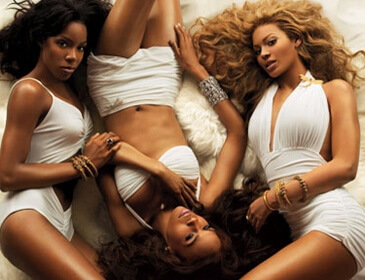 Allison MisznerAug 18, 2011
Home » Latest Posts » Flashback: Top 8 Songs of the 90s
FacebookTweet
Julie Gombert, a junior communication major at Towson University, is put on the hot seat: Britney or Christina? “Britney,” Gombert says. *NSYNC or The Backstreet Boys? “*NSYNC,” she continues. Boy bands, girl bands, teens singing love ballads and grungy rock bands … this must be a musical flashback to the ‘90s. So get out your oversized cargos, plaid flannel shirt and ripped jean vest and check out College Magazine’s top eight songs of the 1990s.
1. “Born To Make You Happy” by Britney Spears (1999)
While Britney’s still touring and producing hit records, nobody can forget the album that made her who she is, “Baby One More Time,” with timeless melodies such as this one.
2. “Wannabe” by the Spice Girls (1996)

First released in the band’s home of the U.K., “Wannabe” marks the legendary ‘90s girl band’s breakthrough, leading to millions of young girls’ obsessions with Spice Girls lollipop stickers, Spice Girl dolls, Spice World and…GIRL POWER!
3. “Iris” by the Goo Goo Dolls (1998)
In their sixth album, “Dizzy Up the Girl,” the Goo Goo Dolls found their most mainstream success, with three Grammy nominations and a number one spot on the Billboard Modern Rock chart for “Iris.”
4. “Bug a Boo” by Destiny’s Child (1999)
She may be half of one of Hollywood’s richest couples, but before her marriage to music and business mogul Jay-Z, Beyoncé Knowles was one quarter of the then four person female Hip Hop and R&B group, Destiny’s Child, along with Kelly Rowland, LeToya Luckett and LaTavia Roberson.
5. “Hero” by Mariah Carey (1993)
A classic. This personal ballad has been incorporated in many of Carey’s compilation albums including Number 1’s (1998), Greatest Hits (2001) and The Ballads (2008), taking this song through the decades.
6. “Semi-Charmed Life” by Third Eye Blind (1997)
It’s one of those songs you may forget about, but always remember every word to, much like many of the songs of the ‘90s. Peaking at number four on the U.S. Billboard Hot 100 list after its release in 1997, “Semi-Charmed Life” is one that will get stuck in your head.
7. “I Want You Back” by *NSYNC (1998)
A young Justin Timberlake … what girl could resist? It was clear from *NSYNC’s early music that these guys were going to make it and 13 years later JT is starring in Oscar-winning films (2010’s The Social Network) along with leaving an imprint as a boy band legend.
8 “Waterfalls” by TLC (1995)

Find schools
This Grammy-nominated song by the female musical trio made up of Tionne “T-Boz” Watkins, the late Lisa “Left Eye” Lopes and Rozonda “Chilli” Thomas, spent seven weeks at the top of the U.S. Billboard Hot 100 list in the summer of 1995 and the meaningful lyrics were engraved on Lopes’ casket after her 2002 death from a car accident.
It’s hard to believe that some of these songs were release almost two decades ago, but in remembering the music of the ‘90s, it is clear that they paved the way for many successful musicians’ careers. The music sparks feelings of nostalgia … can anyone really say they wouldn’t love to see Britney and Justin get back together? Power couple!
FacebookTweet
Life