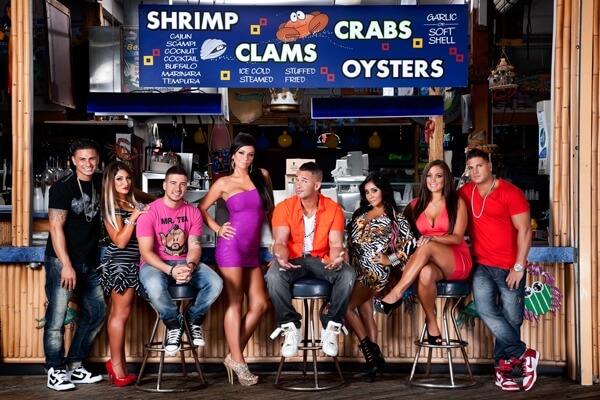 Fist Pumping Back to the Jersey Shore

It’s a brand new year, time to start working on those drunken resolutions you made. Are you going to finally start using the gym on campus? Get through that pile of laundry under your bed? How about treating yourself to a tan? If you notice a pattern here, then you may have partaken in the time honored American tradition of watching MTV’s philosophical meditation on existence, Jersey Shore.

“Honestly, I’m just sick of it,” Max Sklarsky, sophomore at the University of Pittsburgh said.

Jersey Shore has divided audiences from the beginning. Each member of the cast now earns $100,000 an episode to drink, party and sit around the house while the cameras capture it all. A poll conducted by Quinnipiac University found that voters in New Jersey believe the show is bad for the state’s image.

Matteo Renzi, the mayor of Florence, banned the show from filming inside of some of the city’s most popular sites. UNICO, an Italian-American service organization, called the series “trash television” and rallied to have it cancelled. Snooki is actually Chilean and J Woww is of Spanish and Irish descent.

Whether horrified or amused, audiences can’t look away. The series had the highest watched telecast for the network when 8.45 million people tuned in to watch the Jan. 2011 series premiere. It has been dubbed a cultural phenomenon and the cast was featured on Barbara Walters’ list of 10 Most Fascinating People in 2010.

What is it that makes this band of idiots so appealing and sometimes, dare I say, likable? Despite their outrageous behavior, the cast genuinely seems to care for each other like a family. When Snooki is bent over a toilet, you know that J Woww will be there to hold her hair. They play pranks on each and snicker like children as they watch from the corner.

“They are all just so funny and entertaining to watch,” said Claire Holley, a junior communications major at the University of California Santa Barbara.

As for their pay, yes it is ridiculous, but that is the industry. I do not believe that Angelina Jolie’s work is worthy of her salary either, but you don’t hear people complaining about that. It’s a problem that is a deeper part of the industry itself and not something that can be properly addressed just by pointing fingers at the cast of the Jersey Shore. At the end of the day, they are entertaining us, and we haven’t stopped watching yet.

Still feeling jet lag from the last few months spent in Italy? It’s okay, the fifth season of Jersey Shore will return to where the madness began in the lovely little beach house over the t-shirt shop. Instead of having to endure Vinny’s horrific Italian and Snooki’s attempts to throw pizza dough, the gang is back to doing what they do best, getting into fights on the boardwalk, playing pranks in rooms that look like they belong in a college dorm and fist pumping at Karma. The new season starts Thursday, Jan. 5 at 10/9c on MTV.