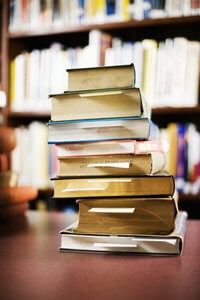 Whether you're pulling an all-nighter for a final tomorrow or don't have finals until next week, finish strong with a playlist that channels your focus. Close Facebook, pour some coffee, plug in your headphones, and let these laidback tracks awaken your creativity and productivity.

After the Storm – Mumford and Sons

One of the lesser-known tracks on their 2009 album, Sigh No More, Mumford and Sons produces a mellow track with a familiar voice urging you to “Get over your hill and see what you find there”!

Get a (trustworthy) friend to change your Facebook password for a few days (or at least the night!) so you won’t be tempted to procrastinate. Instead, listen to The Social Network soundtrack and stay away from college students’ worst distraction.

Say what you will about the Twilight series, but the movie soundtracks tend outshine the movies themselves. “Roslyn” features both Bon Iver and St. Vincent, creating the perfect winter track to relax and focus on the books.

Even though this Iron and Wine track was also featured on the most recent Twilight Saga soundtrack fro Breaking Dawn, their almost haunting, yet soothing voices are incomparable.

So Long, Lonesome – Explosions in the Sky

When I first shared this band with a friend years ago, the first thing she asked was “When do the words start?” Explosions in the Sky is indeed a rarity, but a completely original instrumental band. No covers, no lyrics, just music.

The odd, and occasionally electronic, voice of James Blake emanates from a background of hollow percussion, taking to a completely different world where finals don’t exist.

She Will Be Loved – Vitamin String Quartet (Maroon 5 Cover)

Vitamin String Quarter is perfect for instrumental junkies, readers or writers. The band covers popular hits with precision, amplifying the music and eliminating any distracting lyrics.

The voices of Geographer blend into music just as effortlessly as the strings that support the melody. Once this playlist ends, check out their 2008 album Innocent Ghosts, which legitimately hasn’t left my car’s CD changer for years.

This instrumental track will take you back to the days of Charlie Brown, giving you hope of being curled up by the fireplace watching this movie once finals are finished. But for now, the piano and percussion mix provides that authentic coffee shop feel.

At eight minutes long, “Transatlanticism” is a constant crescendo, much like the week of final exams. Also note: this song can be played on repeat for that entire week.

One of the more mellow tracks from Pretty Lights, “Try to Remember” from the 2006 album Taking Up Your Precious Time still has an underlying electronic beat, but also incorporates two songs into one.

If Arcade Fire is too much of a distraction to study to, check out this piano cover but the Piano Tribute Players, who also cover everything from Josh Groban to Justin Bieber.

Previous Post:Herman Cain Couldn’t Catch ‘Em All
Next Post:What is a “G” spot and where is it?