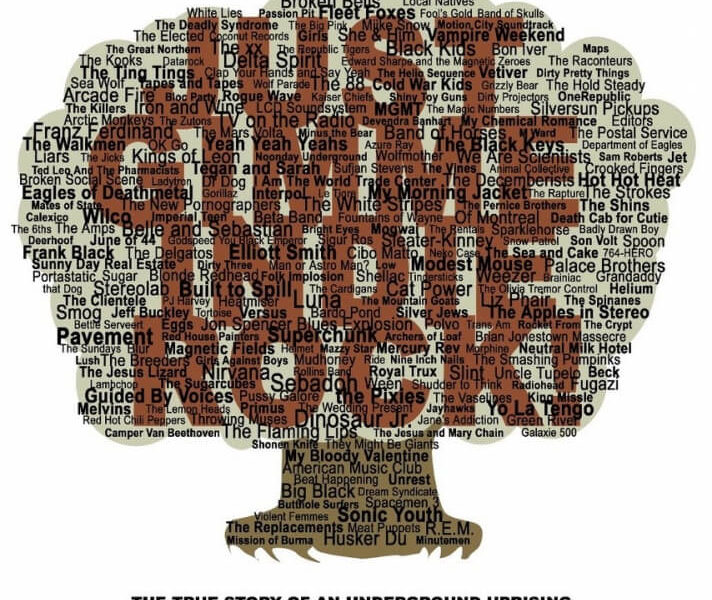 Finally, a documentary about something important.

So states one of the taglines for Just Gimme Indie Rock!: The True Story of an Underground Uprising, an ongoing documentary that uncovers the stories and connections within the obscure movement of indie music.

The newest undertaking by Chemical Entertainment Inc., Just Gimme Indie Rock! stemmed from a television segment producer Brad Katz created in 1999 titled “The Kids Are All White: The State of Indie Rock 1999” that questioned the definition of indie rock and analyzed its significance as a movement.

“I was going to call it ‘What just happened,’” Katz said in an interview with College Magazine. “It could end with a question mark or a period, and it would be right. I’m still trying to figure it out after all these years.”

Just Gimme Indie Rock! explores the meaning of the word “indie” by chronicling four decades of hipsters, punk and alt rock to find out whether the different generations of the movement have anything in common.

“I came into it wanting to get this kind of story art out of it,” Katz said. He had many ideas about how to tie the stories together, “but nobody was playing ball. All had their own ideas about what everything meant, and they constantly came to me with other aspects of the genre that I wasn’t thinking about.”

Katz and his team have already interviewed Henry Rollins, The Submarines, J. Mascis of Dinosaur J., Stephen Merritt of the Magnetic Fields/the 6ths/Gothic Archies and Lou Barlow of Dinosaur Jr/Sebadoh/Folk Implosion, whom Katz said was his favorite artist to speak with so far.

“I was expecting kind of a bighead,” Katz said. “What I got was somebody who really loves music and was happy that people were making interesting and creative music. There is a thriving world of people like himself who want good things for themselves— they’re trying to feed their families and make a living, but they’re doing it within the realm of indie rock, not trying to be rock stars but just trying to be creative and be true to their vision.”

Since indie rock has always been based on grassroots momentum, Katz chose to register his project on Kickstarter.com, an innovative website that facilitates fundraising by allowing anyone to contribute as much money as they wish, providing incentives that increase with the amount of the donation.

“I could go and try and pitch the idea of something that’s very ambiguous and esoteric to people who run studios and networks and try to explain to them why this music’s important,” Katz said. “But if there’s 10 million fans out, and we can get a small percentage of them to kick in and get excited about it, that sounds like a lot more fun.”

“I think the story’s in the hands of the fans and the bands,” Katz said. “I’m just a conduit for them to tell the story. I’m just me. I don’t know anything. I know how to make a documentary, but there’s no conventional wisdom on this. There’s just millions of people who love it.”

Previous Post:LeBron Was Upfront with Fans
Next Post:Atheltic Wear for Less