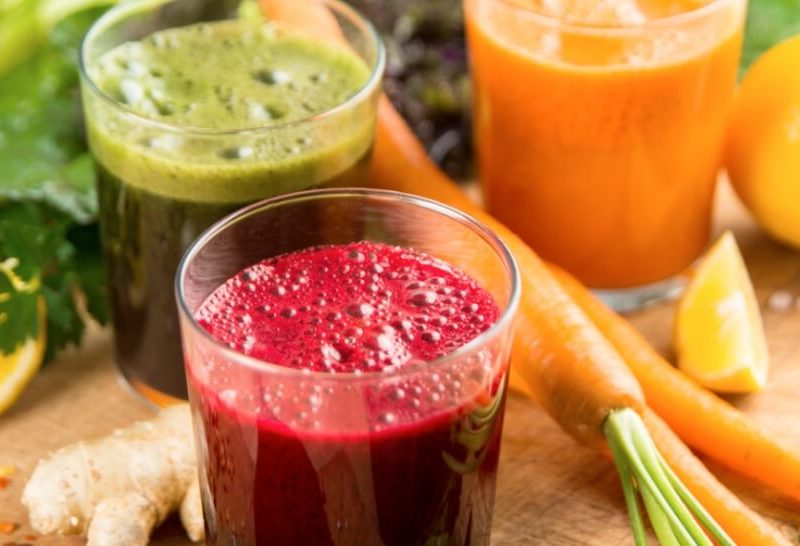 Gwyneth Paltrow swears by them, New York and L.A. obsess over them, and many of us, well, we just want to know what they do exactly. So forget Hollywood-chic and Twitter babble, Dr. Oz and witty words from talk-show hosts: Do these juice cleanses actually work?

Here is the gist of a “cleanse." First, you decide to go on a cleanse, and then you find a company that provides the juices- which go for about $400 a round. They hook you up with a “concierge," or some other official-sounding employee, who selects the best plan for you. Most plans start with a shot of chlorophyll, which supposedly boosts your immune system. Dr. Dayong Wu, a nutritional immunologist for the Friedman School of Nutrition Science and Policy at Tufts University told me, “I am not aware that chlorophyll has any meaningful immune-modulating effect. I did a quick literature search and could not find any credible information suggesting anything in support of this claim, not even close." The chlorophyll shot is followed by three days of “green juices," which are mostly made up of foods like beets, and “fruit juices," which are the “fun” parts, and are like smoothies. But that’s it. That’s all you have for three days. Some diets allow for a small salad. Some diets suggest you take a colonic, aptly described by Judith Newman on nytimes.com as, “Many gallons of water shot into your rectum through a tube, only to pass out of you again, this time with the contents of your intestines.”

Most big “Juice” companies – Organic Avenue, BluePrint Cleanse, Master Cleanse – profess their product is rejuvenating, a systematic “reset button," or as told by a “juicer," Emily Frost, on dnainfo.com,  is taking, "The energy your body would have invested in breaking food down and redistributing it to the cleansing process.” But the cleansing process is never sufficiently explained in the panegyrics of these juicing enthusiasts. According to their testimonies, the cleansing is vaguely akin to Drano, or it “detoxes” hot-button toxins like GMOs or gluten- sort of like how acids cancel out bases.

There is no scientific evidence that it actually works like that. The typical notion of these juices as cleansing is largely myth; the body is programmed to cleanse automatically. Dr. David Colbert, author of the diet-guide The High School Reunion Diet, says, in the same Newman article, “You have to ask yourself this question: With a juice cleanse, what are you really cleaning? Really, nothing. The bowel self-cleans. It’s evolved over millions of years to do this.”

The organs that do actually cleanse the body already- the liver, intestines, and kidneys, don’t actually perform well under high beets-and-fruits conditions. You’re not harnessing your body’s mechanics, or commandeering an energy pathway that has always existed but was never efficiently utilized – you’re actually shutting your own, highly-evolved systems down. Not to mention the insanely high levels of sugars you’re ingesting are certain to cause dangerous, near-diabetic spikes and lows in blood-sugar level. The weight-loss benefits, which attract many to the diets, do not last simply because you’re not effectively changing your diet. Your body returns to its previous metabolic state, sometimes hyperactively, to make up for nutrients lost during the “starvation mode” of the juice cleanse.

But hunger, chemical hunger, is almost impossible to resist, and often, cleansers find themselves quitting early because they need to eat foods like pizza. Tess Hatch, a junior at Michigan University, tried a particularly harrowing juice cleanse from Master Cleanse and called her pizza-eating a “breakdown." These things take serious willpower. Bella Hicks, a sophomore at USC, said, "It doesn’t feel like the cleansed state lasts for very long after the three days,” and that it’s “definitely not something you can maintain for longer than the suggested 3-5 days."

This is symptomatic of the aforementioned “starvation mode," which is a chemical, nutritional starvation, and which is common in cleansing experiences. It is in fact, part of its draw. Starvation starts with extreme hunger, and pain on the dreaded second day, followed by a feeling often described as “lightness," giddiness or lucidity (not coincidentally, these are symptoms of ketosis – basically what happens when you run out of glycogen to burn). This is not entirely unlike religious fasting. Often, people who cleanse feel like they’re overcoming an “ordeal." There is spirituality involved, a potential mind-over-matter triumph to be had. What is perhaps cleansed during these juice diets is sense of self-worth.

But the question must be asked: At what price?  The physical, visual benefits of juice cleanses are transient at best, and once the body reverts to its prior status–  which it will, quickly – the same crises of self-worth return. Businesses salivate at this “crash” cycle, and its exploitation has given rise to a juice boom, if you will, among the live-hard-then-crash Hollywood elite. In turn, juice cleanses are conspicuous in culture, and when we are inevitably faced with doubts of self-worth, they come to mind swiftly. It’s up to you to decide whether it is indeed worth it, and whether it’s a quick fix or not.

Previous Post:10 Books Every College Freshman Needs to Read
Next Post:Is Your T.A. Grading Your Papers?