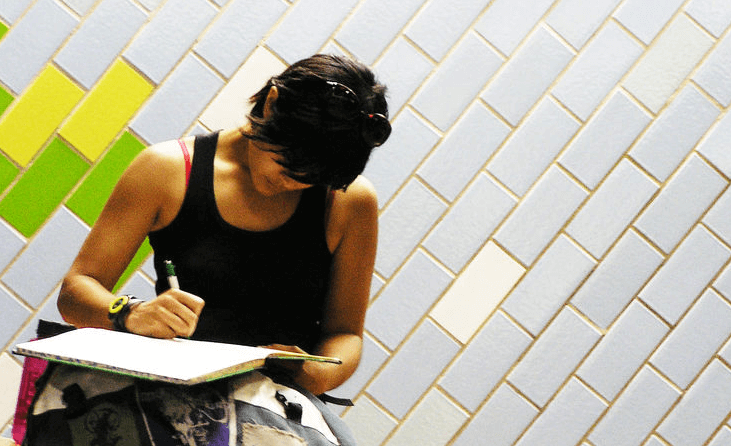 Excuse Me, You Took My Wallet

“Attention SEPTA riders, please secure your personal property and electronic devices” is a phrase that I am all too familiar with.

Having lived in Philadelphia while attending Temple University, the subway and SEPTA (Southeastern Pennsylvania Transportation Authority) transportation are pretty much an everyday occurrence. Living in the Temple area isn’t what one would call the prettiest place on earth. Located in the North end of the city, Temple in smack dab in the center of the local community and frankly, looks out of place compared to its surroundings. I first arrived at Temple three years ago as a freshman in fall 2011. The school’s community and rough exterior didn’t faze me; I was just happy to be there.

Freshman year went in the blink of an eye filled with the usual rowdy students sitting on their stoops knocking back a 40 of Colt 45 or stumbling their way out of a house party hoping they start walking in the right direction. Sophomore year was predictably the same. The usual party brawls rang with echoes of neighborhood gunshots and cat callers throughout the school months. All were expected and all left me practically unfazed during my first two years.

Temple prides itself on the security and protection it provides for its students. Ask any student on campus and they can tell you what TU Alerts are. Basically when an incident that happens within the borders of the university, they make the student body aware of it by sending out TU Alerts and ask that they “stay clear of the area.” Shootings, robberies and assaults are the usual culprits. When I read these, I tend to pay them no mind; “Well at least that didn’t happen to me.”

It was a typical Tuesday. I went about my morning routine of picking clothes for my internship and heading to campus for my morning classes. Once finished, I caught the subway at the Cecil B. Moore stop and headed into the city. The average commute took about 20 minutes if the trains were on time. I took Cecil B. Moore straight down to City Hall where I then had to get off and make a transfer to the Market-Frankford line to go eastbound. City Hall is pretty packed at this time of the day. People are usually running into one another with their bags grazing across torsos. I paid no mind to this; I had taken this route a dozen and a half times before. I always kept my earphones in for entertainment through the whole commute.

Once I arrived at my transfer platform, there was a wait for the train. I was carrying my backpack that held my books, notebooks, pencils, my drawing pad and my wallet, which was situated in a mesh pocket on the side. It’s where I always placed it. As the train approached I stepped forward and then felt an odd tug on the side of my backpack. Staring straight ahead and as the train approached, I saw in the reflection of the window a young girl removing my wallet from the pocket and quickly shoving it under her arm in attempt to conceal it. “Okay, remain calm,” I said to myself.

I turned around. “Excuse me, you took my wallet, please give it back,” I said, as I placed my hand on her shoulder to try and stop her.

“I don’t know what you’re talking about. Keep walking,” she said with a scuff.

Trying to make her way from the platform and onto the train, I tilted my head ahead of her and saw my wallet under her arm.

“I see it! It’s right there. Just please give it back. You can’t do this,” I shouted at her.

“I’m trying to help you! You dropped it and I picked it up,” she yelled back at me.

“Okay, well if I dropped it then please just give it back to me,” I responded. The anxiety was starting to kick in. She refused and tried to push me toward and onto the train. I remember thinking to myself: I am not leaving without my wallet. It had everything in there: money, credit cards, my school ID, my driver’s license, health insurance card…everything.

I grabbed her arms so that whether she stayed on the platform or got onto the train, I stayed with her. We both moved into the train. People really began to stare now. I had a hold of her forearms, pleading with her to just give it back. Finally, she shoved the wallet back into my hands saying, “Here I don’t even want it.” I clenched it as tightly as I could, just happy that I got it back. By the time we reached the next stop, police were waiting and escorted us off the train where the girl was placed under arrest and I was questioned.

I guess you could say being pickpocketed was what was needed to finally faze me in college. It was bound to happen sometime. I was warned to “secure my personal property” but instead left it out in the open. A big mistake I won’t dare make again. Pickpockets are common in urban areas and some victims don’t find out until it’s too late. The officers said I was lucky and informed me that I would have to go make a statement. In the back of my mind, all I could think of was, “I’m going to be so late.”

We want to hear your take on the college experience. Submit your thoughts to [email protected] Read more here: Student Stream of Consciousness #4.