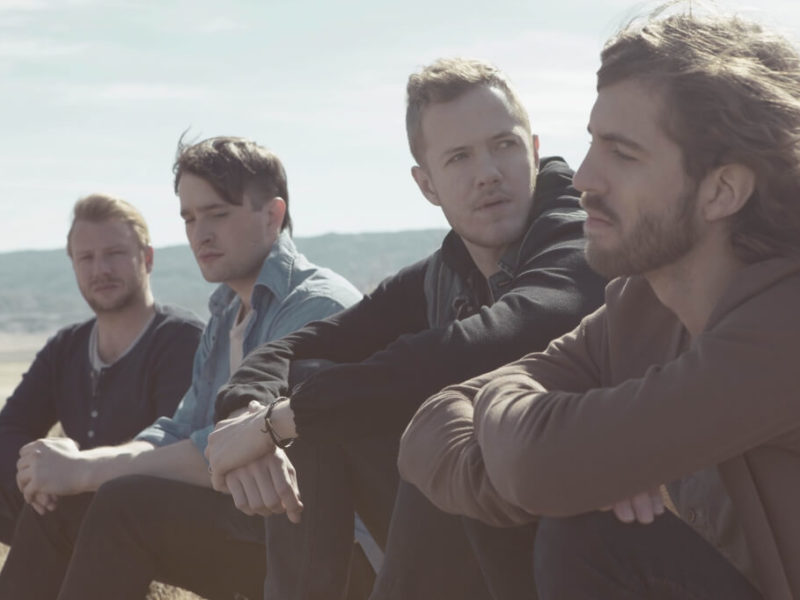 Josh AxelrodMay 2, 2012
Home » Latest Posts » Enter The Dragon: CM Interviews Imagine Dragons’ Wayne Sermon
FacebookTweet
Imagine Dragons.
That may sound like the title to an epic Eragon-esque adventure about the bond between a boy and his dragon, and it totally should be. But it’s actually the name of a four-person Las Vegas rock band that’s trying to make sure when you hear that name, you think only of their music.
The fellowship of the dragon is comprised of lead singer Dan Reynolds, guitarist Wayne Sermon, bassist Ben McKee, and drummer Daniel Platzman. CM talked to Sermon about the group’s memorable name, building a following and leaving Las Vegas to tour the country.

So About That Name…
“We get that a lot,” Sermon said about the questions sparked by the band’s unique name. Imagine Dragons is apparently an anagram, though for what we may never know.
“We actually don’t tell anyone what is,” said Sermon. “It’s a fun thing we keep to ourselves.”
Since the band won’t tell anyone the true meaning behind Imagine Dragons, fans have had fun speculating. Sermon said they’ve come up with some pretty bizarre anagrams, like God Is In A Manger and Roman’s Big Angie. Actually, both of those make just as much sense as Imagine Dragons.

School Of Rock
Sermon is a graduate of the Berklee College of Music in Boston, along with Platzman (McKee dropped out of Berklee with one semester left).
“It was a great experience,” he said. “I feel like the best reason to go to a school like that is the relationships you can form with other students. You learn a lot from other people and their styles.”

Find schools
Though he made it clear that he had nothing but love for his time in college, Sermon did admit that the formal education isn’t always a necessity for succeeding in the music business.
“Everyone’s path is a little different,” he explained. “In some ways [not going] is a good thing because it’s a different perspective on music.”

The Age Of Dragons
As “children of the 90s,” Imagine Dragons takes its rock inspiration from the likes of Pearl Jam, The Beatles, The Cure, Third Eye Blind, Arcade Fire, and certain bands (like The Shins) “doing really cool things right now.” Sermon said that one of the coolest things about touring was meeting his musical heroes, like the time the band played with Weezer during their reunion tour or with Temper Trap at the Hard Rock in Las Vegas.
Imagine Dragons has been sharing its “big, high energy, passionate” shows with crowds across the country since early April, when it started touring with The Jezabels and Benjamin Francis Leftwich. So far, they’ve played everywhere from the Bowery Ballroom in New York City to the Gas Lamp in Des Moines, Iowa, which Sermon said drew a solid audience of 150 fans.
“We’ve been really surprised by the reception,” he said. “We didn’t really know what to expect. We always assume there’ll be five or 10 people there. We were pleased to see that our expectations were too low.”
Clearly, these guys are doing something right. How can aspiring musicians use Imagine Dragons’ model to constantly outperform expectations?
“If you want to do music for a career, you probably shouldn’t,” said Sermon in a moment of refreshing honesty. “But if you want to do it, do it. It’s got to be something you wake up and have to do.”
That passion is why Imagine Dragons has gained so much popularity before even releasing their first full-length album, which Sermon said they hope to have out in September. Until then, Sermon had one last message for fans:
“Thanks for listening!”