Your family is sitting in the living room watching television. They’re laughing, passing around a bowl of chips, clad in their pajamas. Their guard is down. This is the time. It’s now or never. If you don’t come out to them tonight, you may lose your nerve altogether. So you walk into the living room, stand in the doorway and when they look at you expectantly all you can say is, “Pass the chips?”

This story is made up, but unfortunately variations of it happen all the time and being that we are coming to the end of “National Coming Out Week,” this is the best time to talk about it. But it’s usually not that simple. You’d think that once you get past the nerve-racking moment you’ve lost sleep over, the moment when you come out to yourself, that the rest would be easy. But that’s just not the case. The real battle is telling those that are close to you, your parents, siblings, grandparents and best friends. They’re the ones that are supposed to be there for you, but they’re also the ones you would never want to disappoint.

But there's nothing to be disappointed about and it seems that LGBT students are finding the light at the end of the tunnel sooner than ever before. In an article in Psychology Today, Michael C. LaSala who has a Ph.D. in Gay and Lesbian Well-Being says, “Now more than ever, gays and lesbians are coming out to their parents – and they’re doing it when they’re quite young, on average at age 17, with some coming out as young as 14.” This shows that we’re in a progressive age where families are more equipped than ever to handle their loved one coming out. 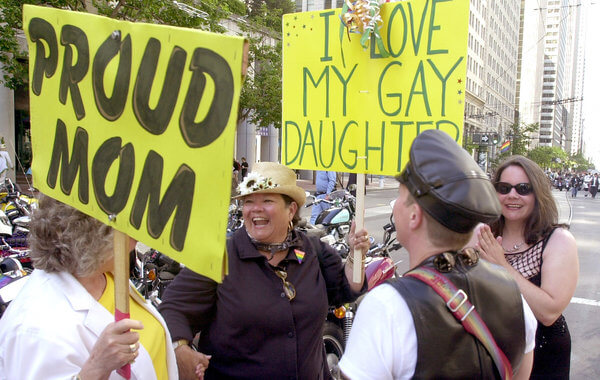 And this revelation couldn’t be more welcome.

“Everyone talks about how coming out removes a great burden from your shoulders,” a friend of mine said to me. “I’d like to add to that. Not only does it remove a burden, it strengthens relationships. Once I came out and became honest with those closest to me, my relationships with both family and friends became stronger than ever.”

But though strengthening relationships is important in building a support group, coming out isn’t just for friends and family. Most importantly, coming out is for you.

“Ironically, National Coming Out Week celebrates a concept that, ideally, shouldn’t have to exist,” says Nick Zwolinski, a senior at Boston College. “Life’s too short: stop obsessing with this notion of ‘coming out,’ as if you owe the world something profound. There is nobody to impress and nothing to prove. The only thing you owe is honesty to yourself – grant it. You do YOU, and the rest of the universe will unfold just as it should.”

So, for this week, if you are one of the many who hasn’t quite found the words, it’s time to be brave. Whether you tell it to the world or just tell it to yourself, do yourself a favor and take a step out of the closet. Even if you’re not ready to be “out and proud,” at the very least be proud of yourself. And if you are ready, follow the advice of Diana Ross…

Previous Post:Turn It Off: Laptops vs. Learning
Next Post:The Season Of Instagram