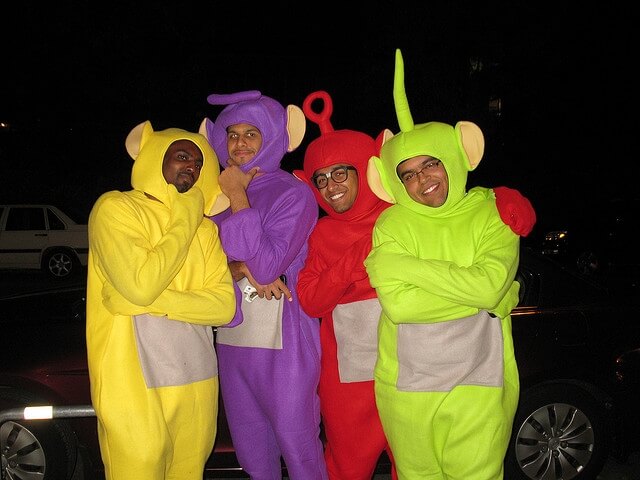 Halloween is definitely known for causing debauchery around college campuses. It’s an excuse to really cut loose, wear things you may not normally have the guts to and create fun that lasts the entire weekend…Monday too, if you count the subsequent hangover. Here are some stories that probably had students wanting to hide behind a mask, and not just to celebrate Halloween…

“I went to a Bassnectar concert last Halloween at the Aragon Ballroom in Chicago. On our way there, we were taking the trains and the CTA guards scared me so badly with these little electric rats they were controlling. I swear I thought they were real. I started screaming, and everyone else on the platform just started laughing.”— Maddie Shearer, Sophomore, Loyola University

“I was at a Christian camp for one Halloween, and the prank wars were on between my bud and me. I got back late from our work site, so right after dinner I went straight to the shower. I turned on the water to get it heated up, but little did I know, there was a surprise waiting for me. As soon as my buddy saw me hang my boxers up on the shower stall, they came in and sprayed me with thick dish soap. You can imagine the expletives I was yelling. Then, after they finished with the soap, for an extra kick, they threw piles of dried leaves on me which stuck all over…” –Anthony Mendez, Junior, The University of North Carolina Charlotte

“Last Halloween I dressed up as a truck driver, but my overalls were huge. I sunk a game-winning beer pong shot and when I threw my hands up, the overalls fell down. My penguin boxers were exposed to the world. It was hilarious, and my friends all still talk about it” — Seth Gillis, Sophomore, The University of North Carolina Chapel Hill

“A few Halloweens ago, I had to deal with a very annoying situation. My friends and I were at a Halloween party that wasn’t supposed to involve alcohol. Of course, one of my friends didn’t abide by this and was pretty drunk. After we had to leave that party because of her, I drove us all the way across town to another party. We ended up staying there for a while, but then when the party was over and everyone had to leave, it was pouring down raining. One of my friends and I went to get in my car, without umbrellas of course. When we got to my car, we see the drunk-friend having sex with someone in the backseat. Luckily we were nice enough to wait in the pouring rain, but then she had the audacity to ask if I was angry…I was.” — Laura Gordon, Sophomore, University of Vermont

Previous Post:The True Cost of College
Next Post:How the Cardinals Will Win the World Series