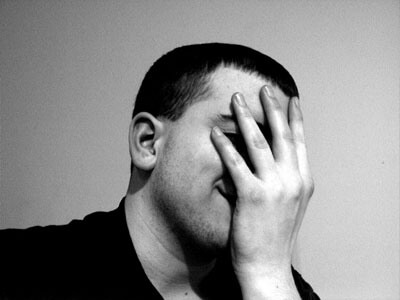 Romance mixed with desperation or alcohol is never a good combination. What seemed like a good idea to win the girl can turn into a grand gesture gone very wrong. CM asked readers about their disastrous experiences with romance:

That's Not My Name

“When I asked my current girlfriend out, and afterwards we went out to a party over my buddies house, I was so excited to introduce her as my girlfriend. But, the first person we talked to at the house, I introduced her by the name of my ex-girlfriend accidentally, probably because I was drinking and talking fast. I was hoping nobody picked up on it – but my new girlfriend did immediately. I was just like, 'Oh, f—k.' She gave me shit about it for the next four months, still does to this day, and so do her friends.”

Begging on My Knees

“I went to visit this girl I was talking to up at her school for the weekend with sole intention of asking her to be my girlfriend. We pregamed first, then went out to a fraternity and got absolutely hammered. When I asked her out, she didn't believe me because because we were drunk and she didn't think I was serious. So, I got down on one knee on the grimy fraternity floor in front of everybody, because at the time, I was drunk and I'd do anytihng to make her believe me. I asked her to be my girlfriend down on one knee. She said yes. All her friends probably still make fun of me I'm sure, but it was worth it.”

“I dated a guy for a while, and when we broke up he took it kind of hard. I guess my friends thought it wasn't over for good, and encouraged him to try and get back together with me. One night in the dead of winter, he walked to my house in the middle of the night to throw a rock on my window. I guess he couldn't find any rocks, because he decided to knock on my window instead. But it wasn't my window, it was my dad's. My dad thought there was an intruder on our property and called the police. They found my ex hiding across the street, and brought him into the living room, where my dad forced him to tell us why he was there. He asked me out again right on the spot. I was caught of guard and outraged and still half asleep, so I said, 'What? No!' His mom picked him up shortly after.”