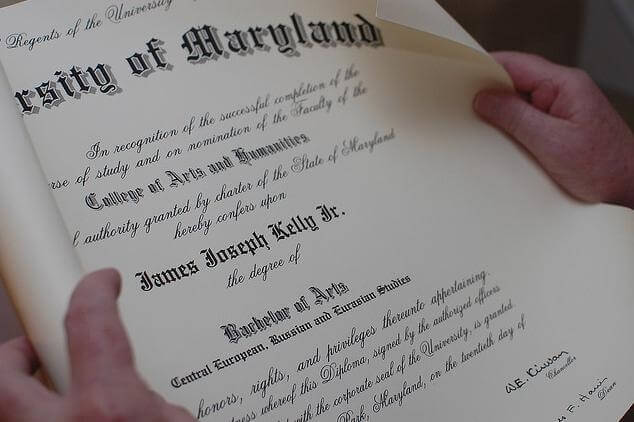 If you’re anything like me, you’ve received the seemingly undying dubious question about your choice of major: “What are you going to do with that degree?” If you’re running out of counter arguments, this data may be your defense (are you listening, fellow journo majors)?

The Wall Street Journal released an interactive chart that has placed a real-life perspective on the success of college majors. Based on 2010 Census data, the chart ranks hundreds of fields of study based on actual employment rates and salaries of both recent and long-term graduates.

Six majors were associated with a zero percent unemployment rate, placing them at the top of the chart in terms of job prospects: actuarial science (the study of assessing financial risks), pharmacology, educational administration, school student counseling, geological engineering and astronomy.

So are we. And since not all of us are going to make it to Wall Street or to the oil rigs that house jobs for those majors, take comfort in knowing that students in 66 other majors face less than five percent unemployment. 134, including journalism and mass media, fall below the seven percent mark.

On the other end, with a 19.5 percent unemployment rate and $40,000 median annual earnings, clinical psychology stood at the bottom of the list. Miscellaneous fine arts, United States history and library science ranked just slightly above.

Despite the figures, a trend has surfaced in higher education institutions that reflects either increasing pressure on today’s students or our persistent laziness (perhaps it’s both). To ease their college workloads, students are opting for fields of study with more manageable four-year plans, even if it comes at the cost of lower-paying job prospects. Take Carnegie Mellon student Biyan Zhou, for example, who ditched her lifelong dream of becoming an engineer after just one semester of intense coursework (some perspective: most types of engineering overwhelmingly topped the charts for their high annual earnings). She instead took on psychology. See above for that major’s figures.

I personally disagree with Ms. Zhou’s easy-way-out decision. While I cannot, of course, speak to the difficulties associated with engineering, I can tell you about the real numbers revealed on this chart. Especially with a salary like that, I’d have expected her to fight to the death for something about which she is so passionate. I would like to think all students would do the same, though unfortunately, that's obviously not the case.

While my major may not offer me the highest salary in the future, I made the choice to study print journalism fully aware of my career prospects. And I'm okay with the reality. I absolutely love what I do and couldn’t imagine anything else, and that is why I’m willing to accept that the only house I’ll be able to afford in the future will likely be made of cardboard (okay, I’m exaggerating. But you get the point).

Success is beyond academic skill — a degree is great, but passion is greater. No matter how prestigious your degree or unscathed your transcript, those documents will never drive you toward happiness, competitive internships, dream careers or other out-of-this-world opportunities. Dedication will.

Broadcast journalism mogul Walter Cronkite, dubbed the "most trusted man in America," once noted he couldn't "imagine a person becoming a success who doesn't give this game of life everything he's got." I couldn't agree more.

What’s more important to you: passion for the trade or an attractive salary? What is the purpose if, like in the above case, you wind up with neither?

I would hope Biyan Zhou has the answer.

Previous Post:Looking at the End of the College Soccer Season
Next Post:Surviving a Blind Date