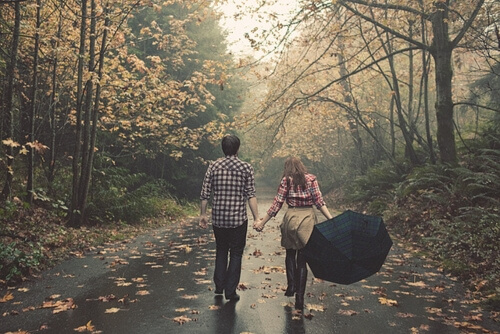 Down With Dinner And A Movie

Julia BlakeleyMay 29, 2012
Home » Latest Posts » Down With Dinner And A Movie
FacebookTweet

Tired of searching Fandango for the newest chick flick or action film for a first date? Look no further; now, you can throw out the buttered popcorn and use these fresh and romantic date ideas as inspiration.

“My favorite first date was when my old boyfriend took me sailing in the Hudson last summer. I had never been on the river before; it was a lot of fun. After we sailed for a while, we docked the boat and had a seaside picnic. I really like that he surprised me with something different.”

“The best first date I went on was a Washington Wizards basketball game. The guy knew that I loved basketball and covered our college basketball games during the school year. We had talked about the Wizards games, admitting we were both huge fans. He remembered from our conversations in our news writing class that I had always wanted to see the Wizards play, but had never seen them in action. He surprised me with tickets to the playoffs; needless to say, we’ve been dating ever since.”

“The cutest first date I’ve been on was when my ex-boyfriend took me to Los Angeles and we went to the Getty Villa in Santa Monica. I had mentioned that I loved Italian and ancient Greek artwork that the Getty had on display and had always wanted to go, but never had because the tickets were always sold out far in advance. After some planning on his part, he asked me if I was interested in going to the regular Getty, saying he couldn’t get tickets for the Getty Villa because they were sold out. To my surprise, we arrived to the Getty Villa instead; he flashed the tickets, saying that there was ‘a change of plans’ and was able to get the tickets after all.’ It was by far the best first date I’ve been on.”

“My favorite first date was when my current boyfriend took me to the national mall when the cherry blossoms were in full bloom. We packed up a picnic basket and had our lunch by the Washington monument; afterwards we just sat around and talked. It was really nice to get a breather from being on campus and do something different.”

So boys, please close out that Fandango app, take a detour from the mall, cancel your reservation at the Olive Garden, and put some thought and planning into an adventurous and unique date that she’ll never forget.