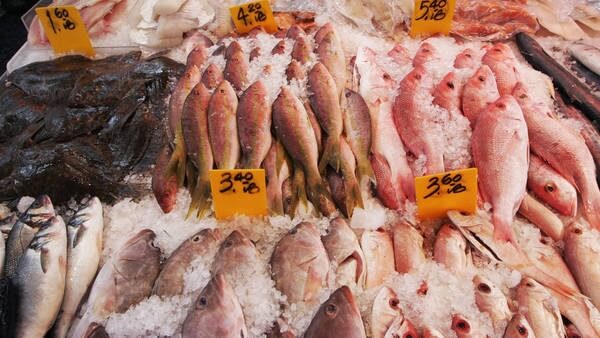 Do You Really Know What You’re Eating?

Fish all across the country – in supermarkets, restaurants, and sushi bars – are widely mislabeled.

Oceana, a nonprofit ocean conservation organization, collected over 1,200 fish samples in 21 different states and found through DNA testing that one-third of the fish were identified incorrectly. Oceana campaign director Beth Lowell told the Boston Globe that the problems with mislabeling are not concentrated in one area of the country. “It’s not a regional issue," said Lowell. "It’s a widespread problem across the US that needs national attention."

While Boston and Seattle were the least frequent offenders, Southern California ranked highest with about 52 percent of fish samples being incorrectly labeled. Sushi bars were most likely to have mislabeled fish, while grocery stores were less likely.

“It’s weird to think that so much fish can be mislabeled. I’m sure some of it could be an honest mistake, but with percentages that high, it can’t all be accidental,” said Allegra Thaler, a sophomore at Boston University studying hospitality and political science. Thaler, a native of Southern California, said that she used to brag about the sushi from her hometown. “I never bought sushi here [in Boston] at the dining hall because it was never as good as the sushi from California. But who knows, maybe it’s actually healthier than the sushi back home.”

Part of the problem is that there are a lot of fish that look alike, explained the study’s chief author, Kimberly Warner, to the New York Times. Still, Oceana found that cheaper or more available fish were often being marketed and sold as grouper, cod and snapper.

“It’s outrageous that you’re not getting the fish that you paid for,” said Amanda Domuracki, a Boston University film student. “Especially in college, with a meal plan, you take for granted that what you’re eating is safe and healthy.” Domuracki says her dining hall often serves different kinds of fish, and that this news might actually steer her away from getting those dishes.

Mislabeling is dangerous because it creates serious health risks, especially when fish containing higher levels of mercury are unknowingly substituted. Tilefish, for example, is known to have high mercury levels and is on federal advisory lists. Yet in New York it was found to be sold as red snapper and halibut.

According to Domuracki, this issue also represents problems we face in an increasingly prepackaged and grab-and-go world. “It’s not just about fish,” she explains. “It’s the principle that we should know what we eat and put in our bodies.”