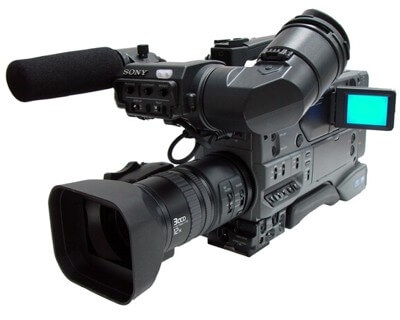 Do You Have a Secret Film Class?

Eric RamirezFeb 28, 2013
Home » Latest Posts » Do You Have a Secret Film Class?
FacebookTweet

Just about every couple, no matter how experimental in the bedroom, has some sort of kink they like to play around with, even if itâ€™s as basic as knowing your partnerâ€™s sensitive spots. But recording yourself having sex is one of the more modern ones and is, apparently, not that uncommon. However, this particular kink comes with more benefits and pitfalls than most.

And that is most likely the main reason people arenâ€™t open to the idea of recording themselves. Sex is an intimate and very private thing, and being able to look back and watch yourself is, I would assume, more than a little unsettling. Not only are you watching yourself from a new perspective, youâ€™re looking at yourself from angles youâ€™re not used to and that are possibly rather unflattering.

Once you record yourself having sex, it is there almost permanently. You can hit the delete button on your exâ€™s camera, but whoâ€™s to say they didnâ€™t hit the copy button before? Can you ever be 100% sure that, if the relationship ends, your partner wonâ€™t do something hurtful with the video?

â€œI dated a guy for a while during high school who would always video tape me giving him head. Sometimes he would use his laptop and sometimes he would use a handheld camera,â€ said Savannah College of Art and Design junior Raine Blunk. â€œI never watched them with him. After we stopped hooking up, I asked him to delete the footage, but I have no idea if he ever actually did.â€

So, just like any decision you make in the bedroom, it comes down to love and trust. It takes a certain degree of comfort to turn the camera on, something that, when you are already naked in front of someone else, is surprisingly difficult to muster.

â€œIt is extremely passionate and personal, and sometimes silly and always a deep experience. Itâ€™s accepting yourself, trying new things, or strengthening your relationship,â€ added Malone. â€œAnything and everything that you feel comfortable with is open for your viewing pleasure.â€

Â So maybe it is something you are your partner are close enough to try, or maybe not. But if you both decide itâ€™s worth a shot, you may find that itâ€™s worth a sequel.

Previous Post:What the Sequester Means for Students
Next Post:What The Oscar Winners Were Like In High School