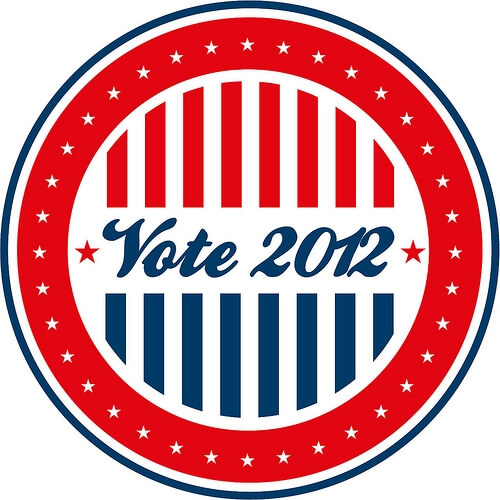 Do the Demographic Slide

These are the people: young, race-y and sex-y. Coveted by politicians at every level and shamelessly wooed by candidates from atop party platforms. They are the variables on a good graph and the key markers in popular polls.

They are The Demographics. Coming soon to a voting booth near you.

Today, a “demographic slide” has our statistically inclined and percentage preferring friends all worked up, suggesting Romney and Obama face a much more dynamic electorate than McCain and Obama faced in 2008. Notable shifts across assumed party lines are real, demonstrated by the young and mobilized, an increasingly active base of minority voters and women who don’t consider themselves victims of any war, cultural or otherwise. This “slide” reflects a diversified American population invested in affecting policies and frustrated by the social, political and economic values left to simmer on the back burner.

There are the young and liberal. And the old and conservative. Or so the tradition reads. President Obama rallies on college campuses frequently, at least compared to Governor Romney, but a young conservative block may also make a strong appearance this election season. Various social media platforms like the Coolidge Conservative and Secretly Hearting Paul Ryan could cause college-aged, media-savvy voters to reconsider the President’s policies and support the Romney-Ryan ticket. As The New York Times pointed out, Ryan’s joke about Romney’s iPod at the RNC wasn’t for the old white dude in the back. Dan Mintz, a junior studying Political Science at The George Washington University, commented, “Governor Romney hit a lot of more moderate, fiscally focused conservative points [during the first debate] that really resonate with younger Republicans.”

In this election, age is better considered according to the issue addressed by the candidate; analyzing the “young” versus the “old” ignores the nuanced perspectives of college-aged voters.  Still, “The First Globals”, the Americans born between 1979 and 1993, are 38% more likely to identify as liberal. Mintz also pointed out, “I think this debate may have served as a call to arms for some younger Democrats who may have thought about staying less involved in the campaign this time around.”

If age is analyzed along a young/old binary, race is often analyzed along a white/minority binary: Democrats are non-white, Republicans are white. This is an extraordinarily simplified distinction worth unpacking. Recently, The Atlantic published a compelling article about “white flight” from the Democratic Party, suggesting white working class voters are realigning their political preferences. A 3% decline in the overall white electorate follows the fact that the First Globals are 61% less likely to identify as “white” than previous generations. This could mean voters from our generation are mainly people of color; it could also mean First Globals are less inclined to align with one race. Regardless, there has been a 2% increase in the black and Hispanic electorate. This complicates the black and white relationship often attributed to race and politics in America. With a more diverse electorate, perhaps securing young votes is more important than making conventional political distinctions based on race.

After race, where is sex? Well, all the ladies in the house look like liberals, while the gentlemen go red or go home. Besides Anne Romney crying, “I love you women!” at the RNC, not much political conversation challenges this gender distinction. Yet, the assertion that women vote Democrat because they are pro-choice social activists more concerned with birth control than government spending is not completely convincing. It homogenizes a diverse demographic purely on the basis of sex, and, for that reason, is fairly shortsighted. Peggy Noonan artfully describes this dynamic in a Wall Street Journal editorial where she locates the real war on women in Mad Men style representations of women discussing salient issues.

Overall, it seems shortsighted to consider age, race and sex along traditional binaries. This election is characterized by an electorate changing in significant ways. The candidate who recognizes these demographic shifts and responds with nuanced policies will best reflect the American people; as it stands, both candidates have work to do in the next month.