While consuming sugar on a daily basis may seem like a normal part of life, nutrition experts are saying that too much sugar intake is a big deal. Studies have shown that the single largest source of calories for Americans comes from sugar – specifically high fructose corn syrup – and with over a third of American adults classified as obese by the CDC, the amount of sugar consumed should be a matter of major concern.

“If you eat too much sugar, it may lead to obesity and deficiency in other nutrients,” said Dr. Manabu Nakamura, from the department of food science and human nutrition at the University of Illinois. “This is because refined sugar contains only calories with no other nutrients.”

If I’ve led you down a road of remorse and self-loathing, stop right there. My short-winded sugar rant is meant to serve not as a guilt-trip for those late night sweets, but as a reminder for you to take care of yourself. The habits formed in young adult years will most likely be carried through for the rest of our lives. But fear not, for from this day forward, you will be an expert on a number of different substitutes that you can use to replace sugar in all of your favorite recipes.

Our first expert comes from a gluten-free, vegan-friendly bakery in New York City, called BabyCakes. The BabyCakes bakery prides itself on making healthy yet delicious baked goods, all of which are made without refined sugar. Elizabeth Christie, BabyCakes’ NYC press representative, says many of their recipes are made with agave nectar rather than sugar, because agave is low on the glycemic index. 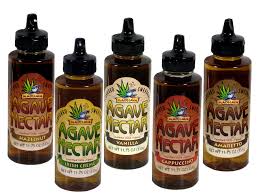 When it comes to substituting agave for sugar, Christie says the process is definitely doable for the dorm-room baker, although it may require some trial and error test tries.

“It's hard to make a blanket explanation because every recipe is different, but sweetness-wise you use 2/3 cup agave for every cup of sugar,” Christie said.

“Since it's a liquid ingredient being added, the baker would have to reduce the wet [ingredients] in their recipe quite a bit.” For those not comfortable using a liquid sugar alternative, Christie says there are a lot of other substitutes, such as Stevia and palm sugar.

Florence Lin, a junior at the University of Illinois, majoring in anthropology with a pre-med focus, also prefers using healthy sugar-substitutes in her baking recipes.

In her free time, she says she loves to bake sweet breads and muffins and often uses healthy ingredient alternatives to enhance the nutritional value of her recipes. “I'm a health-conscious person and these are easy substitutions to make,” Lin said. “If I am going to eat something sweet, why not make it so I feel great afterwards too?”

While Lin hasn’t tried completely omitting sugar from her baked goods, she says using applesauce and bananas is a great way to reduce the amount of sugar used. An added bonus of using these moist fruit ingredients is that you can leave out oil completely. Lin says she usually does some research on common substitution amounts before baking in order to achieve the right batter consistency.

Besides concocting nutritional recipes, Lin says she also finds it very important to still incorporate the flavors she loves most. “I like to start out on tastespotting.com and make subtle adjustments to recipes, like adding pecans and dark chocolate chips instead of using sugar,” Lin said.

If baking isn’t your forte, it’s still important to know about smart sugar alternatives in other cooking areas as well. Catherine Taich, an intern at GMR Marketing in Chicago, Illinois, says she loves to be in the kitchen and the healthier the cooking, the better.

Taich often makes “Detox Teriyaki Chicken,” a recipe she found on goop.com. She says the chicken marinade calls for agave nectar instead of sugar.

“I often use agave when I cook regular food,” Taich said. “I made this particular recipe a ton when I was in school. I would marinade a couple chicken breasts for a day or two and throw them on the George Foreman when needed.”

You see? Healthy living doesn’t have to be hard. Next time you reach for that sugary snack, remember, consuming a large portion of your calories as sugar can potentially lead to serious health problems. Don’t risk your well being for the sake of your sweet tooth. Instead, try out one of these helpful tips and tricks for an innocent indulgence.

The Amma Experience
Next Post: CM Talks to the Young Designers Behind Vagrant Nobility