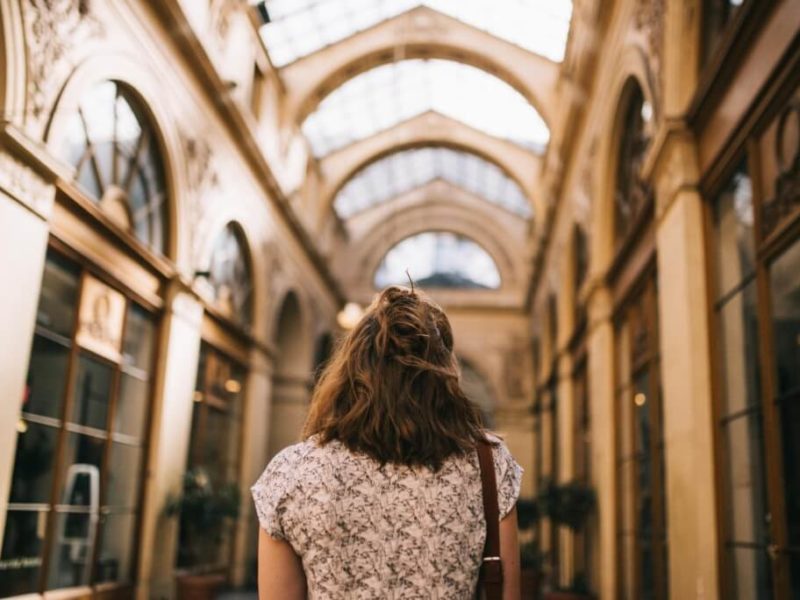 I Didn’t Care That I Got Into College

Rosie ForsterSep 21, 2017
Home » Latest Posts » I Didn’t Care That I Got Into College
FacebookTweet

For most people, they jump up and down with joy when they see the huge envelope that means yes, they got into college. But not me. Well, to be fair, I didn’t care much about anything really my senior year. That’s the thing about depression—it makes you feel as though nothing matters, while at the same time it seems that even if it did, you don’t deserve to enjoy it.

I dreamed of going to school in the U.S. since elementary school. Unfortunately, once I received my depression diagnosis, I lost the desire to go abroad. Urged on by my family and friends, I arrived in the States with my mom, keeping my head down.

To any outsider, I looked pretty successful. I achieved my dream of going to school in the U.S., receiving acceptances to a multitude of American colleges and in my hometown of Sydney, Australia. But I still had to fight off tears when I got on the plane to Los Angeles. While I smiled at excited relatives and answered their questions, I tried to quell the sickness I felt at the prospect of starting college.

I started my freshman year feeling oddly disconnected from the hordes of excited, fresh faces. I know that an alarming rate of college-aged students have mental illnesses, particularly depression and anxiety. But knowing a statistic doesn’t make being a part of it any easier.

On the outside I made the best of it. I joined a selective a cappella group, volunteered to teach music to high school kids and studied in the school’s well-established jazz department. I achieved high grades and I remembered to shower. But my illness manifested in different ways.

Because I considered my depression a shameful thing, most of my symptoms came out in private. No one noticed, which gave me the agency to keep going with my self-destructive behavior.

I couldn’t get out of bed, and I’d go to class covered in self-inflicted bruises that no one saw. I would get angry at myself for being such a failure and being depressed in the first place. It got to the point where deliberately doing things to sabotage myself brought me a sense of relief, rather than pain. That realization prompted me to get help.

I found UCLA’s mental health services open and available to me. At one point, I found myself in three different types of therapy, including psychiatric services. Unfortunately, the stigmas surrounding discussions about mental illness, and medication specifically, affected me. I remember having a conversation with a close friend who told me not to take antidepressants because she knew “so many people who took them and just turned into zombies.” In turn, I didn’t take medication for over a year after my initial diagnosis because I worried it would addle my brain.

But depression changes your brain chemistry anyway. It made me into a person I knew I didn’t want to be–someone withdrawn, painfully shy and filled to the brim with self-loathing and exhaustion. Keep in mind that medication isn’t a quick fix solution, and many people don’t respond to it well. But my therapist once told me that antidepressants are like antibiotics. They exist to fix an illness, and once it’s gone I can stop taking them.

Once I started medication, my life (at the risk of sounding melodramatic) changed completely. It allowed me to focus on my recovery and change my perception of UCLA as my personal playground of self-hatred into the school I had dreamed of for years. I found a new major that makes me want to go to class, do my assignments and talk to people. I started writing for one of the school’s news magazines and made some pretty amazing friends in the process. Finally, I realized that I can live independently, without relying on my family back home in Australia for emotional support.

I learned that change doesn’t come overnight. Often life changed so gradually that I missed a lot of it. For example, I took feedback about my singing from my teachers with an objective eye, rather than beating myself up over my performances. When I got home from class, I’d brush off the day and prepare for tomorrow, whereas before I’d dwell on my failures. Of course, sometimes I still have bad days. Recovery is a long process, after all.

Sometimes I still feel hopeless, and I want to revert to my unhealthy coping mechanisms. But I can recognize what part of that is because of an illness that I’m dealing with. College isn’t as intimidating when my mental health is stable enough to enjoy it.

Previous Post:How to Eat at AU Without Actually Eating at AU
Next Post:How I Went from Being a Couch Potato to Running a 5K