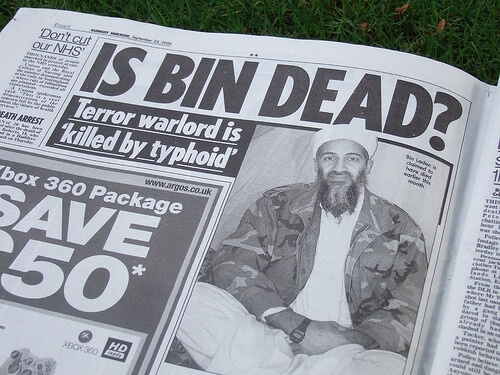 Did You Know Who Osama Was?

Rylan MillerMay 4, 2011
Home » Latest Posts » Did You Know Who Osama Was?
FacebookTweet

Most college students were in middle school when Osama bin Laden initiated the attacks of Sept. 11, which means most people between the ages of 18 and 22 have some memory of the day the Twin Towers fell in New York.  It also means today’s teenagers were still running around on the playground–or in diapers–when bin Laden became the most-wanted man in America.

But is that an excuse to not know who he is?  On the night President Obama announced his death, people ages 13-17 made up 66 percent of the searches on Yahoo for, “who is Osama bin Laden?” Check out Gawker to see the Tweets that asked this same question on Sunday.

Previous Post:Careful! The Top 8 Sites for Plagiarism
Next Post:Baseball Markets at Opposite Ends