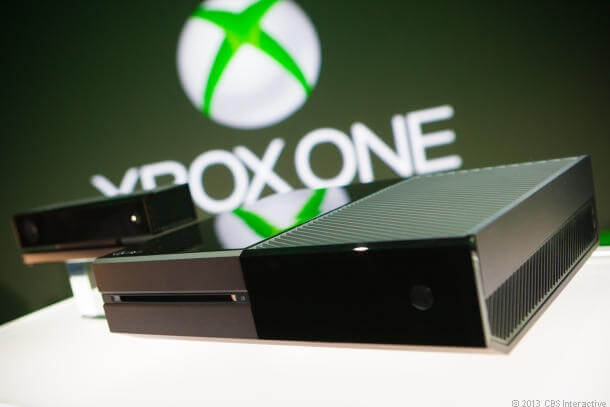 Did Xbox One Betray Gamers?

It wasn’t that long ago when today’s college kids were spinning wildly with Crash Bandicoot or mowing down pedestrians on the Vice City sidewalk. But what seems like just one of yesterday’s triumphs has faded into decades-long lore, and now we have eighth-generation consoles coming out.

Microsoft announced Xbox One on Tuesday—their answer to Nintendo’s Wii U and Sony’s PlayStation 4. Tech nerds can cycle through the exact specs elsewhere, but know that, like you would expect from any successor console, it’s geared to be bigger, faster, stronger, smarter and more well-connected than the common man’s Xbox 360.

But while at first glance the Xbox One tops a great deal of Christmas lists, hardcore gamers are already seeing betrayal and turning away. Here are some of the drawbacks you won’t see advertised:

Because the Xbox One will use a stronger processor than its predecessors, you won’t be able to play your 360 games on it. Sony created the same situation with the PlayStation 4; however, Sony announced they will make previous PlayStation titles available for download. Microsoft, on the other hand, has made no such promise.

2. An Internet connection is required.

Xbox One requires Internet access, although that doesn’t mean it always needs to be connected. Xbox One will feature cloud storage and be constantly updated. On the day of release, Microsoft VP Phil Harrison told Kotaku that all users, even for single-player gamers, must connect at least once every 24-hours, but sometimes more frequently.

3. You can’t rent or borrow games

Your buddy done with Call of Duty: Ghosts? Wanna borrow it? Sorry—if you’re wanting to play it, either buy it or crash at his house. Games must be downloaded either from the disc or straight from the net. Once it’s on your Xbox, it’s yours alone. You may share it with “household” members if you have multiple Xbox Ones in your house for some reason (here’s to you, frat bros). While we can speculate services like Gamefly or possibly Xbox itself will offer rental versions in the future, nothing is set in stone for now.

4. Gaming is not the selling point.

Xbox One is targeting a whole different market. It’s designed to act as a home media center, connecting your TV to the web similar to Apple TV. Xbox One will bind together TV, Internet, and console together into a Holy Trinity of domestic time-consumption. This sounds good for someone who doesn’t use it strictly for video gaming, but others fear the “innovations” Microsoft is bringing to dinner will become roadblocks for the Xbox brand’s original mission: games.

Gamers like Eric Rogers have reasons to be upset. Rogers knows video games—the West Virginia State University senior surrounds himself with it like a librarian would with books. To him, all facets in the creation and digestion of games is an art.

“The people who have any interest in video games will go to the PC markets because the [Xbox One] restrictions are too much to bare,” Rogers said, citing restrictions in the actual distribution of games as nothing more than red tape and hidden fees.

But the problem is also that even though Xbox One is not solely made for gamers, that’s still the audience Microsoft markets to and is what most people expect. “It only limits interest as people will naturally assume it's made for video games,” Rogers says.

Will the Xbox One flop will to the graveyards filled will VirtualBoys and Sega Dreamcasts? Only you, the consumer, the gamer, and the casual media patron, can decide.

Photos from reviews.cnet.com and polygon.com

Previous Post:7 Beach Bag Must-Haves
Next Post:They Moved On But I Haven’t