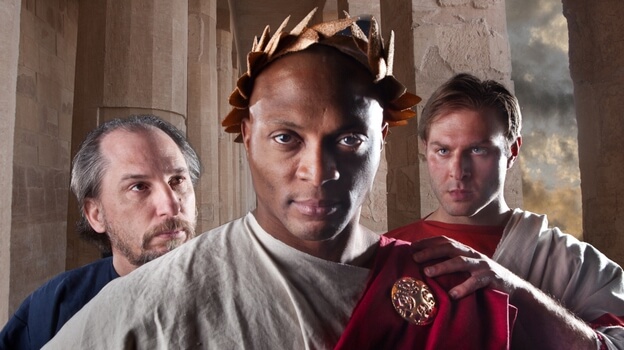 There is nothing better than being on a hot streak in life. Whether it’s grades, girls or sports, it feels good being on a roll. The important thing is to strike a balance between enjoying the streak while maintaining success. It’s not wise to obsess over one and ignore the other. To end a cold streak takes poise; to maintain a hot streak takes modesty.

Failing to stay humble is the quickest way to end a hot streak and revert back to mediocrity – or even worse, start a cold streak.  As Julius Caesar knows well, pride always comes before the fall. And once you get cocky and overestimate your abilities, your hot streak will fade quicker than it started.

Imagine this: Cool guy, mid 20s, with a nice haircut walks into a bar (maybe a hipster link photo idk). This individual is in the midst of a hot streak. Over the past two weeks, he has had so much success with opposite sex that you would think he mastered the D.E.N.N.I.S. system. Not surprisingly, this individual is feeling pretty good about himself. His confidence is up, his chest is out and he is on the prowl.

After talking to a perfectly charming girl who, as expected, is interested in him, he decides he can do better. After all, he is on a hot streak. So he passes up the sure thing and moves on to other girls at the bar. But to his surprise, girl after girl rejects him because they are turned down by his arrogance. In desperation, this individual treks back to the charming interested girl, but its too late; his hot streak is gone.

Morale of the story: don’t get too confident. Don’t overestimate your own abilities.  Don’t overthink the room. Don’t get away from what started the hot streak in the first place.

If you usually bet NFL games straight up, don’t pass them up to find the more exotic and complex teasers and parlays. Don’t feel like a single NFL game is too elementary for you, and that betting NBA first halves or prop bets are more worth of your valuable time. Common theme of my betting advice: stick with your game plan and what you’re comfortable with.

My gut says Patriots in a blowout. My mind says Patriots in a close one. The Patriots are playing angry, and Tom Brady is out for revenge. I think the Patriots are sick of losing in the playoffs and are sick of hearing about Tim Tebow, the Packers, and Andrew Luck/Peyton Manning. They’re dismantling of the poor Denver Broncos resembled Clubber Lang’s beat down of America’s darling Rocky III. The Patriots will score early and often and make everyone sorry for overlooking them this year. Plus, I was always taught to go with my gut. Like I said last week, it’s not a good idea to bet against the “nobody believes in us team.” I then went on to ignore that rule and pick the Saints (we know how that turned out.) This week, both the public and experts are split on this game, so the same rule does not apply.

No team has been more underrated this year than the 49ers, and no team has been hotter in the last month than the Giants, largely in part due to their receivers’ ability to turn a short gain into a game-changing touchdown. I may be making the same mistake I did last week, but I still don’t buy in on Alex Smith, and I would take a proven Eli Manning who excels on the road over him any day. The Saints show that the 49ers defense can be spread out and exposed and as long as Eli and company hold onto the football, I expect them to move on to the Super Bowl.