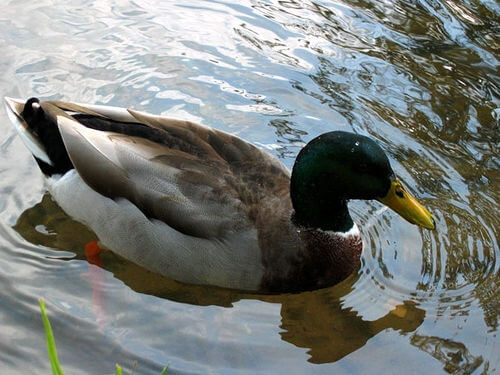 Thanksgiving: a holiday of thanks, but certainly not for the millions of turkeys killed every year for the tradition. Sadly, yet another hunted bird of choice was the talk on campus this past week at Southeast Missouri State University for all the wrong reasons: the duck.

A student has confessed to dumping 16 dead ducks at the doorstep of the Sigma Phi Epsilon fraternity on the university’s greek housing. Evidence on a surveillance video showed a man get out of a truck holding something in his hand. He dropped and kicked the objects. Closer footage revealed what the man carried and showed him dumping the duck bodies in the frat housing building and leaving.

Although identified as a student rushing the frat, the man’s name has not yet been released. The ducks came from a different frat at the university and were apparently “harvested” and shot “legally,” according to a conservation department agent and the students of that fraternity.

The student was cited for littering and could face $1,000 fine and a year in jail—seemingly unfitting to the bizarre, and frankly disgusting, nature of the case. To top things off, reaction from students on campus—at least those interviewed by KFVS12.com– seems to be quite dismissive to the whole thing, and some students, and officials, are brushing the case off lightly: "You just never know what will happen," said Doug Richards, the director of the public safety department, in a KFVS12.com interview, "in this business, there is something new every day."

Previous Post:Optimizing Your Thanksgiving Break
Next Post:Under The Covers: Playlist