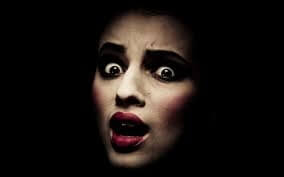 Dating is not for the faint of heart. Before you find your perfect match, youâ€™re bound to end up with at least a couple of terrifying experiences. From embarrassing to downright unbearable, these awkward moments are some we will never forget â€“ no matter how badly we want to. In order of least to most shocking, here are some real life dating horror stories that will be sure to make your skin crawl.

â€œMy freshman year of high school, I went on my first date ever with this guy, two of my best friends and their boyfriends,â€ said Northwestern University freshman Lauren Kravec. â€œI was the only who hadn’t had her first kiss by then. During the movie, both of my friends were making out with their boyfriends, so my date and I lean in for my first kiss. While I was expecting a closed-mouth kiss, he shoved his tongue in my mouth for an awkward make out/kiss hybrid. It was so awkward, not how I imagined my first kiss!â€

â€œOnce at a house party, I spotted a cute girl so I went up to talk to her,â€ said Boston University freshman John Kang. â€œAfter three or four shots she started yelling to people in the house that she just drank the entire handle. She kept following me, so I was kind of stuck with her until she decided she had had too much to drink. She hopped on my back and told me to take her to the couches and kept whipping me with her hair. Then we started making out while she was sitting on my lap. Things got pretty steamy until she just closed her eyes full on passed out. So here I was with a girl passed out on my lap and all my buds were already hooking up with other girls. She was dead asleep but she wouldn’t let go of my neck, so I couldn’t get out. I ended up just sleeping there with her hair all over my face in the morning.â€

â€œOnce a guy serenaded me in an abandoned park,â€ said Northwestern University freshman Alyssa Kincaid. â€œI met him over Facebook chat. We ate strawberries. It was awkward because he had an awful voice and I barely knew him.â€

â€œOne night I was hooking up with a guy but did not realize he was watching ESPN before we started hooking up,â€ said Indiana University freshman Emma Grubman. â€œWhile I was giving him head, he asked if he could sit up because he was watching ESPN. He was even too immersed in it to have a conversation. I have not talked to him since that night, which I am so happy about.â€

â€œI was once hooking up with this girl when we were both drunk and it got sloppy,â€ said Syracuse University freshman Boomer Dangle. â€œI thought what was happening was just like wild tongue action. Turns out the girl who was on top of me was having a nosebleed all over my face! Then she realized it and apologized and I just like sat there in disbelief until I realized it would be a better idea to wash off my face.â€

Â Laugh it off! The most awkward moments always become the best stories.

Photo taken from mademan.com and thefrisky.com