Dating Diary of a College Senior

As a rising freshman at Boston College, I had visions of meeting an amazing guy right off the bat, dreamt of having him sweep me off my feet during my first semester and staying by my side till the bitter end. I envisioned this mystery man and I going on romantic dinner dates in the North End, seeing concerts at underground venues in Allston. I wanted my life to be a scene out of a collegiate rom-com.

We college students know that relationships like the one I just described don’t come around as frequently as we’d like, especially when random hookups are the norm around the dorm. But if there’s one thing I’ve learned in my four years at BC, it’s that intimacy is possible – if you’re open to it. And by open to it, I don’t just mean wanting a relationship for the sake of having a relationship. I mean really opening yourself up to all people, honestly getting to know everyone you have the opportunity to meet, and not just relying on random hookups.

Not to bash hookups. After all, having some casual fun with one or two smart, good-looking boys is part of the college experience, right? What freshman year Ally didn’t know is that hooking up and dating are two very different animals, and you have to approach them as such.

During my early years at BC, I met a series boys that I was mildly interested in. Inevitably, after each spontaneous tryst, I would develop a crush, only to be let down. This vicious cycle got the best of me with one very confusing, very drawn-out, very unhealthy non-relationship that I invested far too much of myself in. The situation ended up being a valuable learning experience for me.

But what I learned from that particular experience is that you can’t force feelings and that communication is extremely important – it’s impossible to have any kind of relationship at all, whether it be romantic or something purely physical, without being completely candid about your feelings and expectations. Armed with this knowledge, I’ve been able to deal with all of the relationships in my life in a much healthier way – and not just the romantic ones, but also my friendships.

After the aforementioned boy situation fizzled out, I spent the summer after my sophomore year meeting guys with no intention of dating them. I turned off my feelings and focused on having fun. While that may not seem like the healthiest way to deal with things, it reminded me that I could have control over my emotions, and that it was possible for other guys to be interested in me. I was learning how to separate emotional feelings from physical feelings, to accept casual hookups for what they are – and what they are not. I entered my junior year with a  newfound confidence and a carefree attitude. I was not expecting to date anyone, and I didn’t want to.

But we often hear that the person who will change your life will come around when you least expect them to. That happened to me in September 2011.

I can remember our first few dates like they happened last week. It was the first time I had ever gone on a formal date with someone that didn’t feel awkward or forced. We got along extremely well and our relationship escalated quickly, and soon I was referring to him as my boyfriend. 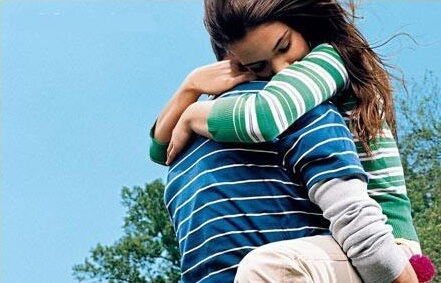 But real life intervened, as it often does. A summer of long-distance put a strain on our relationship, and as we moved out of the honeymoon stage of our relationship the following fall, we began to fight – a lot. We decided to take a break this past December. Then two weeks later, that break turned into a break-up.

And then I did some self-evaluation. Yes, my relationship had failed. Yes, I was single. But was that so bad?

For now, I’ll graduate college with an invaluable arsenal of dating, sex, and relationship knowledge. For those incoming freshmen fearing hookup culture, hoping to find a relationship, or just looking for a bit of advice, here’s what I’ll say: you can’t predict anything when it comes to hookups, love, or relationships. You can’t plan for any of it. The best way to experience all there is to experience and learn all there is to learn is to remain open – open to the idea of having feelings for people you wouldn’t have expected to, open to the possibility of getting hurt, open to wanting a relationship or not wanting a relationship. Letting your guard down is a tough thing to do, but if you’re brave enough to do it, I promise you, the outcome will be worth it.

Photos by glamour.com and layoutsparks.com

Moving Towards Sustainable and Humane Apparel
Next Post: 7 Ways to be the Best Intern