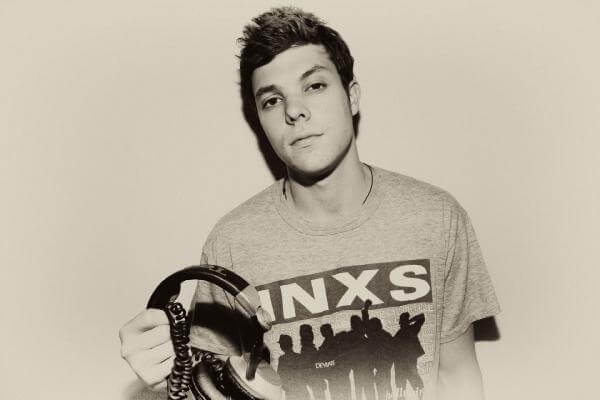 Renee KlahrApr 9, 2012
Home » Latest Posts » Daddy Cool: CM interviews Project Xâs DJ Jesse Marco
FacebookTweet
Most people find that one minute, just a mere 60 seconds, is no time at all. But for 22-year-old producer/DJ Jesse Marco, a minute can feel like a lifetime. Why? Because, in the fast-paced world of EDM and parties, sometimes a minute is all you need.
It can take one minute, Marco said, to map out the concept for a new track. It also takes one minute to distinguish between a bad party, a good party, and an epic party that you won’t soon forget. “At the end of the day, I’ve found that people really just want a good energy,” Marco said. “And you’ll know it’s good, because you’ll feel it right away.”
The concept of feeling, as it were, has been the guiding force for most of Marco’s fledging career.

“When I was younger, I remember people bashing electronic music because they said it didn’t feel ‘real’,” he said. “Then one day I realized if you gave Stevie Wonder a mook synth, he would still be Stevie Wonder. It’s just a different medium to make music.”

At just 13, the native New Yorker, known primarily for combining rock, punk, soul and funk sounds with hip-hop beats, expressed interest in DJing. “My best friend had turn tables, and I was super intrigued,” he said. “That Christmas my parents got me my own set and it was the first time I fell in love.”
However, it was the mesh of funky, electro beats seen in EDM artists like Calvin Harris, and the samplings from his parent’s vast record collection that separated his work from others on the market.
A couple of years passed and he began working at Scratch DJ Academy, where he was introduced to a plethora of impressive DJs and opportunities to perform. “At the end of high school, I was already working for Marc Ronson,” he said. “I knew DJ A.M., my mentor, for five years before he passed away and, through them, I got to play at the biggest venues in the city.”
Since then, the momentum surrounding his fresh-yet-retro takes on house music has only continued to escalate. He has traveled the world to perform for celebrities like Jay-Z and Heidi Klum and has entertained the crowd at fashion events hosted by Giorgio Armani, Calvin Klein, Donna Karan, and GQ.

But the winds of change have been knocking on Marco’s doorstep these days, all thanks to a little thing called Project X. Released in theaters last month, Todd Phillips' blockbuster film Project X follows three high school seniors as they try to make a name for themselves by throwing one of the most epic parties in history.Marco was featured in a starring role and, along with Machine Gun Kelly and Pusha T, began an eleven city tour in February to promote the film.
Inspired by the “party-of-all-parties” theme, Marco and his friend photographer Kirill decided to take the experience once step further. They posted the following ad on their websites:
IF YOUR SCHOOL HAS HOT SLUTS & DIRTY FRAT HOUSE BASEMENTS,  I WANT YOU TO THROW THE WILDEST PARTY IMAGINABLE & I’LL CRASH IT SHOOT IT & BLACKOUT WITH YOU.
This bulletin marked the launch of a contest that has Marco touring the country to determine the top 10 party-schools in the country. “The contest is really exciting because, in my mind, it brings out the same emotions that music does for me,” Marco said. “It’s all about enjoying yourself and having fun.”

Find schools
Although his career has become so closely associated with partying, Marco has never abandoned his first love: DJing.

Marco continues to tinker with his ever-changing style of music, and has recently released his debut single, “Daddy Cool,” which spent weeks on the Beatport House chart.“I usually do house stuff, but I’m really into the discohouse, electro, cross-genre dubstep these days,” he said. “I like making all different types of music and pushing the boundaries of what people typically expect.”