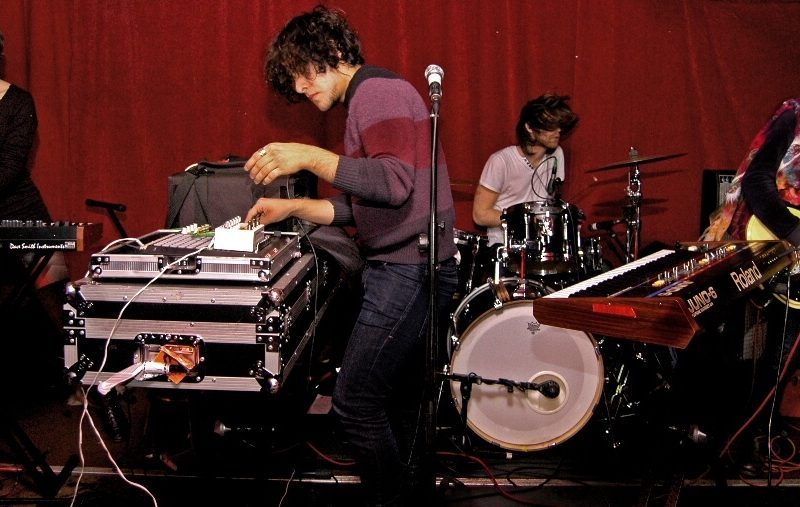 Wendy Ekua QuansahFeb 8, 2012
Home » Latest Posts » Crunkcore to Spacesynth: 10 New Music Genres
FacebookTweet
Musical genres have become a fundamental aspect of culture. Whether the song speaks of love and relationships or shouts defiance, musical genres often convey certain attitudes and themes.
As a matter of fact, new artistic compositions have expanded the musical realm. Today, there is an array of instruments and mediums sprouting new genres even found in video games. Nonetheless, all genres exert a fresh style of music.
An explosion of genres emerged in 2010, including Witch House, Footwork, Future Garage and Chillwave, according to Quora.com.
These genres range in style as well. For example, Witch House utilizes a spooky horror soundtrack vibe like that of Balam Acab, Footwork, reigning from inner city Chicago is derived of Juke or Ghetto House, and Future Garage is another form of dubstep and UK Garage. Chillwave may be the most popular, incorporating the electronic indie synthpop of Washed Out, Toro y Moi and Neon Indian.

Let’s start at the “core.” Mathcore, which uses an unusual time signature, produces a dissonant style of metalcore. Crunkcore is a genre that combines crunk hip hop with elements of scream. And Chiptune, or chip music associated with a genre called Nintendocore, is a sound format synthesized in real time by a computer or video game console sound chip.
A junior studying music composition and viola performanceat the University of Georgia, John Hamilton Smith V, said out of four-thousand songs on his iTunes collection, thirteen Pandora stations and about five-hundred songs on Grooveshark – to name a few, he has a decent amount of Chiptune music and a ton of music from video games.
“It’s really defined by the instruments playing the music,” Smith said. “For video games, the sound effects are determined by the hardware of the game console.”
Moving towards a house sound, Schranz is a European hard style of techno music and Spacesynth, or space disco is inspired by both disco music and sci-fi films by producers like George Lucas of Star Wars.
While Epic Doom Metal is self explanatory, Danger Music is a radical expression of 20th and 21st century classical music. It asserts that listeners or the performer can endure harm from some pieces of music. Among this gloomy outset, Russian Chanson is comprised of many Russian songs based on two themes: urban underclass and criminal underworld.
The last two genres are distinctly different. Lowercase, created by minimal artist Steve Roden, is an extreme form of “ambient minimalism” where very quiet sounds occasionally interrupt silence. Bachata, which originated from the Dominican Republic, focuses on different aspects of romantics.
There are a plethora of musical genres emerging in the 21st century, many of which are influenced by old beats. Whether you find video game music or techno phenomenon’s appealing, each puts forward a fresh sound. If you’re bored with your repetitive iPod of iTunes’ Top 100, tune in to these explorative genres.
FacebookTweet
Life

Previous Post:Oh, Sometimes…I Get a Good Feeling
Next Post:Moneyball: Worth The Oscar?