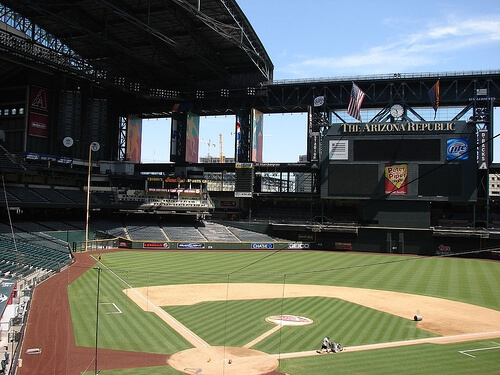 In the 2002 All-Star Game, Tori Hunter caught a ball hit by Barry Bonds that was headed over the wall.  The potential home run would have been the decisive run in the game that ended in a 7-7 tie.  Many people thought that game lacked intensity.  The following year Major League baseball put into effect the new rule that the team that wins the All-Star game, gains home field advantage in the World Series.

If you look at the numbers, the addition of the home field advantage incentive in 2003 has failed to attract more fans.  Five out of the eight games since then have had television ratings under 9.0 and each has garnered less than 15 million viewers.  The 2010 all-star game had a 7.5 television rating and 13 share, the worst rating in the sport’s history. With viewership dropping since the 1990s, attempts to boost these shrinking numbers with the home field advantage incentive, does not seem to work.

The All-Star Game also does not represent the highest quality of play. As they should, the managers cycle in new players simply so that each player gets playing time.

The MLB should give home field advantage to the team with the better record.  While that seems to be the boring solution, it would make each game a little more significant in a long season

For the competitive aspect, there is no excuse for the players to not play hard. Managers should immediately sit anyone who does not put forth a solid effort.  The players should have enough pride and respect for the fans that made them all-stars.

Previous Post:Sink or Swim: TV from the UK
Next Post:Survival Guide: Resumes