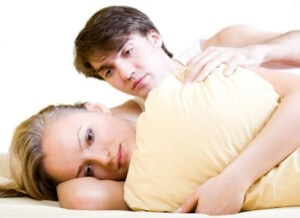 Confused Male & Looking for a Boyfriend

My girlfriend is a virgin because she wants to wait to find the right guy so she doesn't get hurt. We've been dating for a while now and she told me she's ready. I wanted to make it special for her, but when we talked about it, she said that she just wants to "get it over with." I don't know if I should just do it with her then, or not listen to her and still try to make it special. I'm just afraid she'll get hurt. Any advice?

Although your girlfriend is ready to have sex with you, she’s still extremely nervous about it. Remember: she’s never done this before. What if she sucks at it? What if you plan the huge romantic date, light the candles, start having sex with her…and she tells you to stop because it hurts too much?

These are the kinds of questions that are going through her head. This is new for her, and she has no idea how it’ll go. If you build it up for her, it may make her so anxious that she won’t be able to enjoy it.

You’re concerned, however, that randomly taking her virginity could hurt her too. And you’re right. So what do you do?

You keep going about things like normal. Take her on dates and engage in the normal amount of sexual activity you’re both used to. If she wants to have sex, she’ll tell you while you’re already hooking up. The whole idea of talking about it beforehand is good, to make sure you don’t do anything against her will…but if she says she’s ready, don’t keep talking about it.

Put the sex conversation in the back of your head, and continue your relationship as normal. When you’re “in the moment,” and she seems like she really wants to have sex, you’ll know you have the green light to proceed. You’ll still have to get consent in the moment, but you won’t have to discuss the fact that she’s ready to lose her virginity any more.

There’s a reason why intellectual conversations about virginity don’t mesh well with hot sex. Don’t try to combine them…it won’t work. Sometimes, the special moments are the spontaneous ones. Approach the idea of taking her virginity from that mindset, and hopefully she’ll be singing like Madonna when you’re done.

I really want a boyfriend but guys seem to only want to hook up at frat parties and then that's it. What can I do to actually get a guy to go on dates and be serious?

–Looking for a Boyfriend 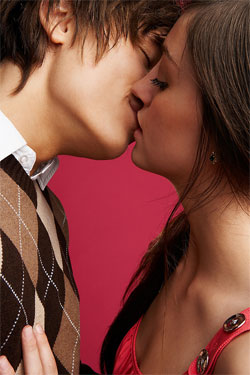 Dear Looking for a Boyfriend,

I’ve found that the type of people who search for boyfriends are usually the ones who have the most trouble finding them. You can’t shop for a boyfriend—most of us don’t decide when and where we’re going to find our partners.

You also can’t expect to find a boyfriend at a frat party. It’s one thing for a frat guy to ask you to his formal…but it’s quite another to find a guy at a frat party and expect him to be "the one you've been waiting for". While I'm not saying there are no frat guys out there looking for committed relationships, I am saing that they have a reputation for a reason.  A lot of them just aren't ready to give up the single life until they're a little older.

It’s true that some of these random hookups end up forming relationships, but it’s not typical for both people to engage in the hookup in an effort to start a relationship. If you are searching for a boyfriend this way, each hookup that doesn’t lead to a relationship will feel like a failure to you.

If you’re insistent on continuing your “search” for a boyfriend, you can start looking for one outside of parties and bars. Maybe you’ll meet him through a mutual friend, or maybe he’ll be interested in the same club as you. It doesn’t matter where you look—as long as you’re not searching for “the one” in a setting that almost always leads to hookups.

But what you should really do is to stop looking. Go to your frat parties, drink with your friends and hook up with whomever you find attractive. Take that expectation and pressure you’re putting on yourself out of the equation. Once it’s gone, you may find that guys are attracted to your relaxed attitude.

Think of it this way: the boyfriend you will have in the future is out there, living life and having fun. Once you run into each other, you’ll start dating. The fact that you’re searching for him won’t speed up the process—in fact, it could deter him.

Have fun in college, and don’t worry: you’ll find a boyfriend…just give it a lot less thought and a little more time.

Anonymously ask Noah your own hookup/dating/sex/relationship question below and you may find your answer in next week's column.

Photo taken from ayushveda.com and bustedhalo.com

Previous Post:The Midâ€“College Crisis: Survival Edition
Next Post:Rated R: The Most Controversial Songs and Music Videos of All Time