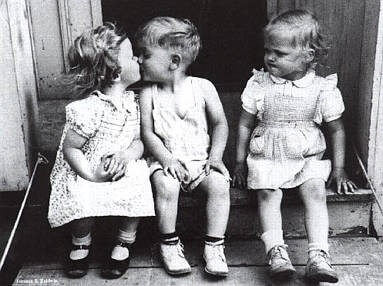 Confessions of a Third Wheel

Daniel KuhnOct 16, 2014
Home » Latest Posts » Confessions of a Third Wheel
FacebookTweet
Boy meets girl. Boy likes girl. Best friend sleeps on the couch. We’ve all had the honor of being a third wheel from time to time. Though we all know how to fake a smile, no one likes feeling like Quasimodo at the end of the movie.

(via giphy.com)
Communication is key when rolling as a third wheel. If you’re uncomfortable, you need to say something or hang out with a new crowd. Continuously tagging along with the happy couple doesn’t have to be your tragic undoing. I nearly destroyed two friendships because I kept my mouth shut when I should have screamed.

This year started with a sense of new beginning: A new apartment, my best friend as my roommate and the end of a toxic relationship with a she-devil who shall remain nameless. Finally, this would be my year. Then Harry met Sally and it all went to hell. An introduction I made last year between my roommate and a high school friend seemed insignificant at the time. Did they even like each other? Then all of the sudden, they were talking. Casual texting became daily conversations and small talk evolved into flirting. It was an unholy union of friend groups and I was the ugly stepchild.

(via tumblr.com)
Group hangouts now constituted firework displays of PDA. I felt awkward and out of place in my own apartment. I just wanted to hang out with my friends without feeling like an interruption. Every time they were together, I felt the need to migrate to the nearest empty room. Pretending to do homework alone beat being on the outside looking in. No one likes feeling like the only single guy in the world. It’s hard enough seeing a happy couple you don’t know, feeling left behind by your friends just sends off the last float in the pity parade.
Normally, I can rant to anything with ears, but how do you tell someone that their relationship bugs you? There’s no way to talk about it without coming out like the bad guy.
So I took the classy route. I distanced myself from them both. The amount of audio coming out of my bedroom would have made my fifth-grade librarian proud. Snide remarks and sarcasm filled the gap when conversation couldn’t be avoided.

(via tumblr.com)
With my roommate across the room and my friend down the street, hostilities could only develop into an explosion. Though it didn’t take an Einstein to realize why I was mad in the first place, my reasoning displayed itself when my friend showed up at my apartment unannounced to figure out what my problem was. My silence in response to her questions gave her the answers she wanted. Yes, I was pissed off and tired of feeling left out.
Looking back, I should have just said something immediately. I wasn’t protecting my friendships by being passive-aggressive, I was tearing them apart. The situation could have been resolved weeks ago if I had just said my piece and moved on.

Find schools
Though I’m still not looking forward to playing the misunderstood outsider, things aren’t going to change so there’s no point in suffering in silence. A real friend would rather hear the truth anyways. Things won’t change unless you do something about it.
When you find yourself in a similar situation, take comfort in the fact that your friend (or friends in my case) found someone to be happy with. Take a moment and realize that they found someone else they care about. Make your feelings clear but step aside and tell them to go for it. Even though you might not be the first person they ask to dinner anymore, it will survive if your friendship is real.
When all else fails, consider it a new opportunity. Rather than spending your sexile on the couch with your MacBook, go out and meet new people. You never know, the next girl you meet could be your Esmeralda.

Previous Post:Top 10 Events at Penn State
Next Post:Hopped Up on Adderall: The Risks and Rewards