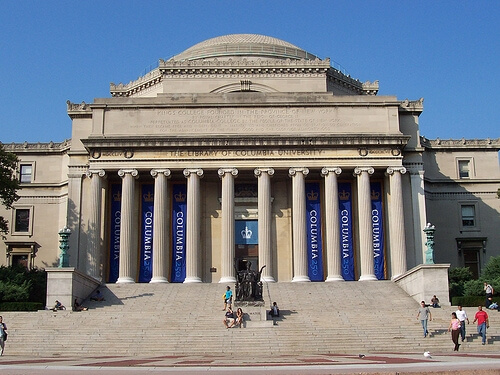 Ivy League schools are frequently lauded for churning out our nations future leaders. The best, the brightest, the smartest and often times the richest have the privilege of attending the top universities in the county.

But don’t think these kids are above partaking in public school activities.

Harrison David is one of these kids.

The actual amount of time David will spend is prison will be much shorter. He already spent two weeks in Rikers Island before being released on bail. According to BWOG his sentencing will be reduced to four months for good behavior, resulting in a total of 3.5 consecutive months he will serve behind bars.

David is currently suspended from Columbia and his lawyer expects him to be expelled. As of yesterday, Columbia had no comment on David’s future with the university.

David was arrested, along with four others, in December as a part of  “Operation Ivy League.” Police started the operation to combat a drug ring operating out of dorm rooms and fraternity houses. Police nailed down their suspects by purchasing $11,000 worth of cocaine, marijuana, ecstasy, Adderall and LSD.

The New York City’s Office of the Special Narcotics Prosecutor originally offered David and his lawyer, Matthew Myers, a plea bargain for one year in prison and two years’ probation. According to the New York Times, the prosecution changed their minds decided a sentence with less jail time and a longer probation would be better for justice:

“William Novak, an assistant district attorney, said in court that the office believed the new arrangement served the interest of justice because it meant that Mr. David would have to be under supervision for a longer period of time after his release from jail.”

The other four students arrested for their alleged involvement in Operation Ivy League are sticking with their not guilty pleas as their lawyers continue to try and get them into treatment rather than criminal punishment. This can be done if the lawyers can prove their clients sold only to support their drug addiction rather than for profit.

In a few years David will apply for a certificate of relief that would give him back some legal rights, for example the right to vote and the ability to serve on a jury.

Who knows, if he hadn’t been caught maybe drug kingpin would’ve been another prestigious leaf on the Ivy League’s vine. We’ll never know, as David met his match in a pair of undercover hedge trimmer.

Columbia Student Headed to Rikers for Selling Cocaine > The Slatest