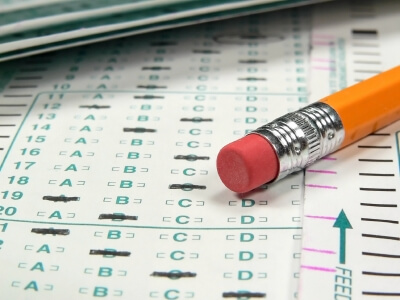 Maria MinskerJun 6, 2012
Home » Latest Posts » CollegeBoard Controversy
FacebookTweet
Remember when you were studying for the SATs, dreading that horrible day when you’d have to sit down and finally take the test? For years, students were required to take it during the school year and find time to prepare for it and keep up with class and homework simultaneously.
But this year the CollegeBoard—which administers the test—announced that a special August test date has been set for “gifted and talented” kids who enrolled in an expensive summer college prep program, while others had to wait until October for the next opportunity to take the test.

The idea for a new date came as a result of a partnership between Collegeboard and the National Society for the Gifted and Talented. Students who participate in a $4,500, three-week program at Amherst College would be allowed to take the test in the summer, on August 3.

Following some (a lot!) of criticism, CollegeBoard nixed the plan earlier today and claimed they made a mistake.
According to the Los Angeles Times, the CollegeBoard said:
“When the National Society for the Gifted & Talented (NSGT) contacted members of the SAT Program staff about offering the SAT through the NSGT University Prep summer program, it was viewed by those involved as an opportunity to evaluate the feasibility of a summer SAT administration, something that has long been requested by students and educators. Unfortunately, this initiative proceeded without proper consideration of whether all aspects of the program were aligned with our mission.”
FacebookTweet
Life