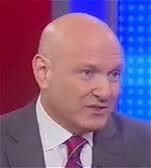 College Students are Narcissistic, According to Fox News

Our readers are college-aged. Most who are reading this will have played video games. Most will have watched MTV. Most will even have Facebook and Twitter accounts. Well, according to Doctor Keith Ablow (psychiatrist and member of the “Fox News A Team!”) that would make those readers deluded narcissists, just a few inches shy of depression, suicide or murder.

According to Dr. Ablow, in a recent piece for Fox News, nearly all forms of entertainment are a slippery slope into mental disorder. Wherever today’s youth turns, he argues, there is the temptation of sin. Facebook, Ablow says, allows users to create their own world, insulated from all negativity. Twitter permits “young people [to] pretend they’re worth ‘follow.’” Video games allow young people to pretend that they are something they’re not—and so swell their innocent heads with false bravado. All of this is extremely worrisome for the good doctor.

He goes so far as to give dire warning: “We must beware of the toxic psychological impact of media and technology on children, adolescents and young adults, particularly as it regards turning them into faux celebrities—the equivalent of lead actors in their own fictionalized life stories.” And, if this is not enough to scare his readership (largely, I suspect, members of the Old Guard), he gives even further warning of what’s at stake if this toxicity goes untreated: “Watch for an epidemic of depression and suicidality [sic], not to mention homicidality [sic], as the real self-loathing and hatred of others that lies beneath all this narcissism rises to the surface.  I see it happening and, no doubt, many of you do, too.”

Between these statements and letting the reader know that these are the reasons today’s young people are “higher, “smoking more,” “drunker,” and “tattooed” more than ever before, Ablow manages to raise quite an outrage. The charges, then, in full, are that college students everywhere—you are, in fact, a deluded narcissist who secretly loathes yourself and hates other people.

Perhaps Ablow, who’s last two literary credits were a self-help book co-written with Glenn Beck, and a monetarily-timely study of Casey Anthony, has an ulterior motive or these allegations. Perhaps he is appealing to a readership steeped in antiquated ideas. Or perhaps Facebook, Twitter and MTV have made you as horrible as he says. One wonders which position readers would take.