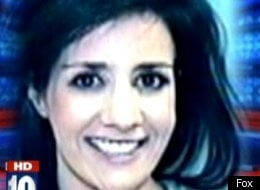 Lauren Weinberg, 23, drove into a desolated mountain area of Arizona during finals week at Arizona State University where she became stuck in a snow storm until she was rescued Wednesday.

Weinberg was stranded for nine days in a car, in the middle of winter, with no heavy coat, blankets or gloves, and only two candy bars for food. She was less than a mile from a ranch and in an area that had no cell phone service. She told authorities her phone wasn't working, and her car could not be seen from the ranch, where workers plowed through 10 inches of snow to get her out.

To survive, Lauren used her floor mats as blankets, split candy bars as meals and put snow in a water bottle to melt it for drinking water. "You can say survival skills or a miracle, either way," Phoenix police Officer James Holmes, whose agency was investigating her disappearance. "But the good thing is she's home and safe."

After she was reported missing, they managed to track her through purchases at convenience stores before the trail went cold. Luckily, she was found in good condition. With the weather conditions like they were, she might not have survived if she would have left the shelter of her vehicle.

"I am so thankful to be alive and warm," Weinberg said in a statement late Wednesday. "Thank you everyone for your thoughts and prayers, because they worked. There were times I was afraid but mostly I had faith I would be found."

Do you think you could have survived the winter weather with only two candy bars and some snow? Would you have stayed in the car or tried to venture to find help?

Previous Post:The Good, The Bad And The Famous
Next Post:The Act of Service