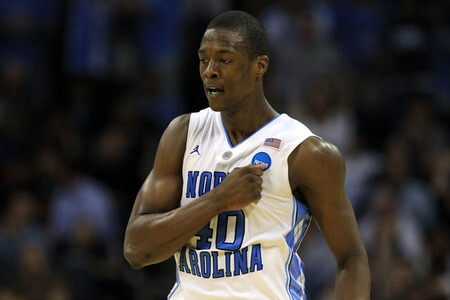 For many years, the ACC and the Big East battled for conference supremacy. In the late 1990s and the early 2000s, the ACC won numerous national titles, and dominated out-of-conference play. But in the years since Syracuse’s 2003 championship, the Big East has out-dueled the ACC.

Both conferences have won national championships since then, but top-to-bottom, the Big East has been stronger. That is, until Syracuse and Pitt announced they were making the move to the ACC. That move probably won’t take place until next year, so this could be the last year the ACC we have come to know will look like, well, the ACC. Who is going to win it? Let’s find out:

Like most years in the ACC, Duke and North Carolina dominate they recruiting trail. Duke brings in the most prized recruit in the country in Austin Rivers, who is a do-it-all kind of guard. North Carolina gets two fab freshman of their own, P.J. Hairston and James McAdoo. Also look out for Maryland’s Nick Faust and Virginia Tech’s Dorian Finney-Smith.

Four ACC schools have hired new coaches for the 2011-2012 season. Miami brings in Jim Larranaga. The former George Mason coach took his eleventh-seeded squad to the Final Four back in 2006.

Maryland’s new head coach is Mark Turgeon, formerly the coach of Texas A&M in the Big 12. Maryland may have a rebuilding year this season, but Turgeon has already made a splash in the recruiting department for seasons to come.

It’s pretty simple: Duke and North Carolina. I don’t want to speak for everyone, but everyone is expecting one of these two teams to win this league. UNC is probably the front-runner because of all of the depth that they bring back, but Duke’s fresh faces could give the experience of UNC a run.

This league may be a two-horse race, but Boston College and Miami still have as good a shot as anyone to upend the favorites. BC returns possibly the most underrated player in the ACC, Reggie Jackson. The senior guard can do just about anything on the basketball court and that includes scoring in bunches. The Hurricanes return their best big man from a year ago, as well, Reggie Johnson (yeah, their names are quite similar, I know). Look for Johnson to average a double-double and to carry his team.

And the winner is…

Previous Post:Portugal. The Man Rocks D.C.
Next Post:Dudes’ Do’s and Don’ts of Dating