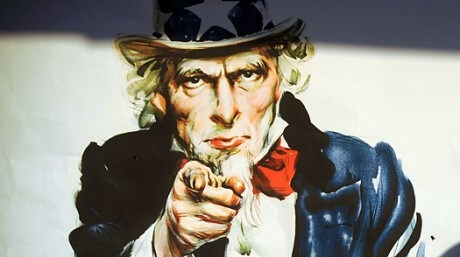 As we try and wipe our eyes from the political mud slinging across our television screens, voting can seem pretty pointless. The commercials are annoying, we have tests to study for, and it’s not like one vote is going to do anything, right? The Center for Information on Civic Learning and Engagement says that nearly 50 percent of the college voting demographic doesn’t bother voting. Here at CM, we’re hoping to change that mentality with 10 reasons to vote in this year’s presidential election with the help of two experts: Chase Hardin, communications director for the George Washington College Democrats and Alyssa Farah, communications director for the College Republican National Committee.

1. It’s easy: You can fill out your voter registration information online, and a lot of college campuses have places on campus where you can register.

2. It’s the only way your voice can be heard: “In an election, a voter is given the opportunity to voice their grievances,” Hardin said. “If someone fails to vote, they've failed to use the tool provided to fix their problems.”

3. Becoming a political guru is just one click away: “Both Presidential candidates lay out their policy stances in very easy to read fashion,” Farah said. “Relying solely on watching political ads can leave voters with misinformation.”

4. It makes a difference: “The idea that one vote doesn't make a difference is the most dangerous presumption in history; in the 2000 election, three states came down to a handful of votes that ultimately changed the course of election and history,” Farah said.

5. Student loans suck:  With student debt on the rise, your vote can make an impact on your finances. According to Farah, the average college student graduates with $22,900 in student loan debt, which will take years to pay off.

7. You may serve overseas:  Foreign policy directly affects young Americans, as we represent a majority of those serving overseas. By choosing not to vote, you’re choosing to have no input on where you or your friends may be called to serve.

8. You want a better economy: “Young people want to be able to be independent after college, pay off their student loan debt, afford their rent, pay off credit cards, and begin saving for their futures,” Farah said. “However, in this economy, some of those dreams are nowhere near reality.”

9. You have big dreams: Four years from now, you will likely be out of college with entirely new set of responsibilities. The outcome of this election will affect the quality of life you have in the future. “Two different visions of America are being presented, and the heart of our country hangs in the balance.” Hardin said.

10. No one likes a hypocrite: Universities are viewed as a marketplace of fresh ideas. By not voting, we are letting the generation that came before us make all the decisions.  Hardin noted if the person elected chooses to take away the rights of a person who failed to vote, that person has no one to blame but themselves.

While voting is still months away, students can engage in the political world, finding an understanding in each candidate and their platforms. The responsibility of voting should not be ignored and handed off to the older generation. Check out your state’s online tools to register to vote this year to become a part of something bigger than before.