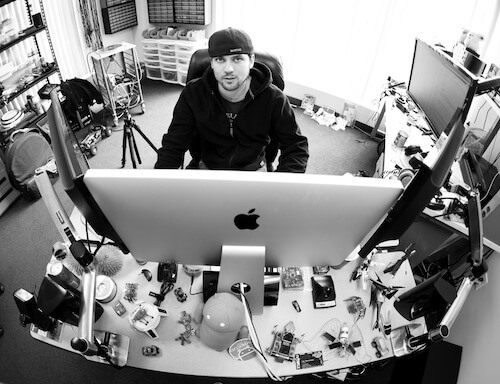 Are creative juices flowing in your tech-savvy world? Sometimes it may seem difficult to adhere to the idea of becoming a successful entrepreneur, turning your ideas into something actually tangible. Allow CTO Ian Bernstein to prove that through hard work and commitment, producing your new, innovative ideas is quite possible for students seeking success through technology.

After spending time at New Mexico Tech and Colorado State University, Berstein abandoned the world of structured education for entrepreneurship.

Bernstein’s product began with the idea to control the physical worlds from an iPhone. To make this idea a reality, Bernstein sought help from his now partner Adam Wilson. As a team, they submitted their concept to Techstars and were accepted.

Techstars is a program for innovators like Bernstein that provides the best new ideas with the mentors, investors, and connections needed to build a business. Bernstein said he didn’t know what he was going to do if they didn’t get into the program. “I was getting to the point where all my credit cards were filled up, I was hardly making any money.” Bernstein said. “I was like I don’t know what the hell we’re going to do if we don’t get in.”

During his time at Techstars, Bernstein created the robotic ball gaming system, “Sphero” that is controlled by smart phone. There are soon to be 20 apps that will interact with Sphero.

Sphero has earned Bernstein a spot in Entrepreneur.com’s 100 Brilliant Companies list, and this is just the beginning.

While the ball may seem like a kids toy, Bernstein said that a new drinking game associated with the “chromo” app has fans hooked.

The idea is to try and be the first to pick up the ball as it flashes a sequence of random colors. “You can adapt your drinking game to it very easily,” Bernstein said.

This is only the beginning for Orbotix. Bernstein said he plans on making more advanced apps that will incorporate tabletop games, role-play, and augmented reality games.

Bernstein was once maxing out his credit cards on robot parts, and now he is looked to as a trailblazer in the world of gaming.

“Work your ass off,” Bernstein advised aspiring entrepreneurs. “It’s scary as hell but you’ve gotta do it.”