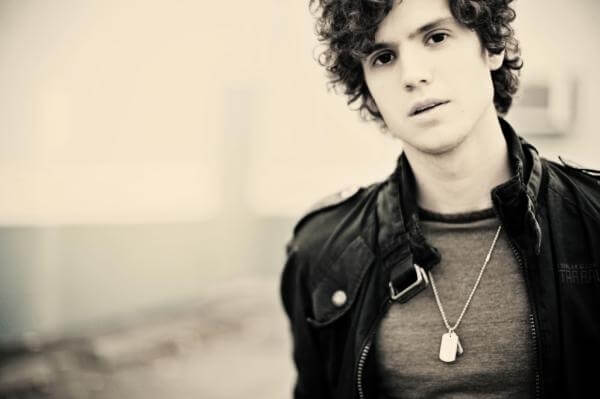 “You Have a Lot of Life To Live After College”: CM Interviews Steve Moakler

Missa SangiminoFeb 2, 2012
Home » Latest Posts » “You Have a Lot of Life To Live After College”: CM Interviews Steve Moakler
FacebookTweet
"I have no hesitations 'cause I have a reservation to take you by the hands tonight/Please pinch me if I'm dreaming; I'm staring at the ceiling wondering if I'm alive."
Alone, the words to a Steve Moakler song read more like poetry than your average song refrain. Brought to life by his guitar and vocal talent, his songs achieve nothing less than the captivation of musicians and fans alike. Steve Moakler’s music has already reached millions and traversed the college music terrain.
Moakler attended Belmont University in Nashville, studying music business and English. After graduating, he continued to pursue his music career, a decision that he has never second-guessed.

“I can’t think of something else that I would rather do, even kind of,” he says. “I’ve never regretted pursuing it and I’m so thankful to have this job, every day it’s unbelievable.” As it turns out, Steve devoted a year and a half to college touring.
Touring college campuses, in addition to gaining him significant fame in the college world, has allowed Moakler to witness first-hand the cultures of different universities and see what college kids are up to.
“Having parties and having a great time is awesome,” he says. “It’s only a problem when college is seen as an escape. It’s not ok to be ok with drinking to escape and to graduate without knowing what you want to do.” He continued, “Make sure you spend time dreaming, as well as getting drunk.”
Moakler's college advice is to prepare for your future while still having a good time. “People are told their whole lives that college is going to be the best days of their lives, so they escape into a party fantasy. You have a lot of life to live after college—my college days aren’t going to be my best days, I won’t let them. Have a great time, but don’t settle for these being the best days of your lives," he said.
Fans are constantly raving about Moakler’s charming lyrics. For inspiration, he draws on personal experiences, a similar technique that his musical influences practice. From the likes of Dave Mathews, John Mayer, to the Eagles.
“Any song I’ve ever recorded, there’s a long story attached to it that is real—real people, it really happened, and that affected me.” That begs the question, what is his most powerful, song-inspiring experience? “Man, there are so many,” he laughs.
The song “Today”, he admits, was spontaneously written during the halftime of a football game. It followed what Steve called a “wildly amazing spiritual experience” in Portland, Oregon.
“A stranger came up to me and gave me a letter, telling me that she believed I was a revivalist,” he explains. “It sounded crazy, but it was actually an answer to a prayer that I had. The letter was filled with these prophetic words about who I was, how God saw me as his son. It was filled with life… I had never thought of myself that way before.”
It is easy to tell that Moakler is a naturally creative lyricist; his personality is a genuine as his songs. His favorite things to do outside of music are certainly endearingly. “I love making birdhouses … and omelets,” he shares. “I feel the happiest and most alive when I’m by the river by my house.”

Find schools
So what about Moakler’s future plans? “Wouldn’t I like to know,” he says. Since his recent tour has finished, Moakler plans to focus on “writing great songs and following them.”
It also turns out the romance of Nashville has adopted yet another great artist; Moakler admits he is playing around with the idea of incorporating country music, rather than pop, into his songs. “But only if that is the way the songs go, I’m not going to try to force them.”
FacebookTweet
Celebrity Advice Life