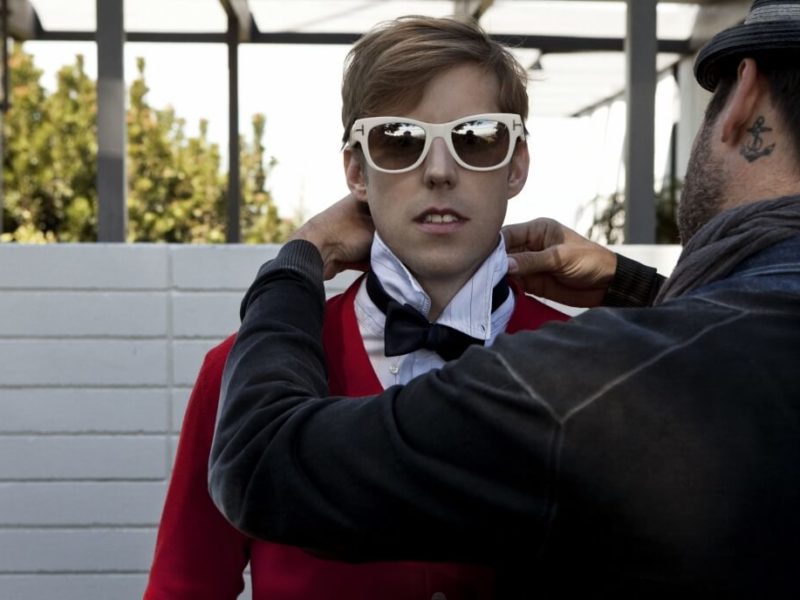 Jumping from on top of the piano, Andrew McMahon’s words emanate from his energetic voice that sweeps over the crowd, entranced by his bravado. This Jack’s Mannequin front man knows how to engage his audience, whether by a rousing chorus of “Dark Blue” or baring his soul on “Swim.”

Currently on tour for his October album People and Things, McMahon performs for his fans in the U.S. (playing at 930 club Feb. 10 & 11), Canada, Australia and Japan. His third album, described by McMahon as a starker, less blinding view on binding love, evolves from themes of heartbreak to struggles in early marriage. Jack’s Mannequin’s audience has also matured since the days where “The Mixed Tape” was every punk-pop lover’s Myspace song.

FROM PIANO KEYS TO MIXED TAPES

Not only have the themes of Jack’s Mannequin’s music solidified, but so has its sound, finding strength in heavy piano notes and guitar riffs of “Release Me.” Yet People and Things is the return to its musical roots, building upon the energetic piano-pop that caught listeners’ ears from the beginning. It also helps that McMahon’s charisma reverberates during live shows, fueled by his commitment to songwriting and a genuine love for music. “I’ve always had a notable abundance of energy from a very young age. It’s something I was born with I guess,” he said.

At nine years old he immediately took to the piano and from the time he played his first chord, he began exploring and expanding those notes into his first attempts at songwriting. After school, McMahon was glued to the piano the moment he walked in the door and could only be dragged away to eat and sleep. “From that moment forward, you couldn’t catch me away from the piano,” he said. “It hasn’t really changed much.”


“In those early days when I started writing songs, something clicked in me that this is what I was meant to do, and the first time I felt really complete was sitting at that piano,” he said.

After moving to California, McMahon formed the pop-punk group Something Corporate for a Battle of the Bands competition during high school. After the first few shows, McMahon knew he could not pursue music the way he wanted to if he was tied to anything else. His parents were supportive, yet emphasized the SAT, college applications and rethinking his education if things did not pan out within a year.

But, they did pan out. Something Corporate exploded, recording three albums and two EPs back to back and hitting the road to perform around the world. The “emo” age of teenagers clung to tracks like “Space” and “Drunk Girl” always wanting more.

Eventually the exhausting sprint to stardom took a toll on the young musicians, even though they were extremely passionate about their work. “We would have had a lot longer shelf life if we had known that it’s important…to take a deep breath,” he said. Still having the drive to create music, McMahon looked for a new outlet to fuel his passion.

“Just because the band wasn’t playing, it didn’t stop that thing in me that that nine-year-old kid started, which was that I have to be at a piano and write songs to feel complete. That’s just who I am,” he said.

McMahon felt refreshed, being able to hear a song in his head and pursue it he way he wanted to, which doesn’t always happen in the democratic nature of bands.

“I think Jack’s Mannequin formed out of this moment where it was…the first time I really had access to a recording studio and had songs and I didn’t have anybody to answer to,” he said.

McMahon’s diagnosis of Acute Lymphatic Leukemia after finishing his first album Everything in Transit in 2005 significantly influenced his music, but still continues to affect him even after having a successful stem cell transplant to put him in remission.

While many cancer survivors move beyond their struggles, McMahon’s notoriety brings his past trailing along behind him. “For me, it’s my reality that I dealt with and worked really hard to make peace with,” he said.

After having a camera to create a “video journal” about his experiences with Jack’s Mannequin, he continued to voice his thoughts as an art therapy throughout his battle with leukemia. The footage eventually was compiled to create the documentary Dear Jack leading his foundation that strives to find treatments and counsel affected families.

McMahon’s friends wanted to create the documentary as a raw look at his experience. They essentially told McMahon, “You’re here, you’re healthy, you survived and we think that would inspire a lot of people who are in a similar situation.”

RETURNING HOME TO PEOPLE AND THINGS

Evolving from a fierce cycle of lows and highs, Jack's Mannequin's third album is about returning home. People and Things focuses on relationships and the essence behind them: saying the truth out loud. Many tracks expose the difficulty of serious relationships, like nights when too much wine leads to an argument in the track “Television.” Desire, frustration, and letting go thematically drive the album.

How has McMahon found strength to pursue his career? By focusing on the original appetite for music that glued him to the piano.

“You have to start with really just being, one, in love with music and passionate to no end and attach very little expectation to this idea of whether its going to make you money or make you rich,” he said.

McMahon emphasized that getting involved in the music business is risky and hectic, but staying true to that nine-year-old inside you who loves music is the key. Focusing on true drive and not materialistic trappings will give musicians a better shot of not only surviving, but succeeding.

“Go make sounds that move you and are exciting and different and don’t listen to anybody else. Follow your gut and your inspiration, because the reality is it’s the Wild West right now in the music business,” he advised. “The best thing you can do is practice your ass off, play live, and love it. And do it because you love it.”