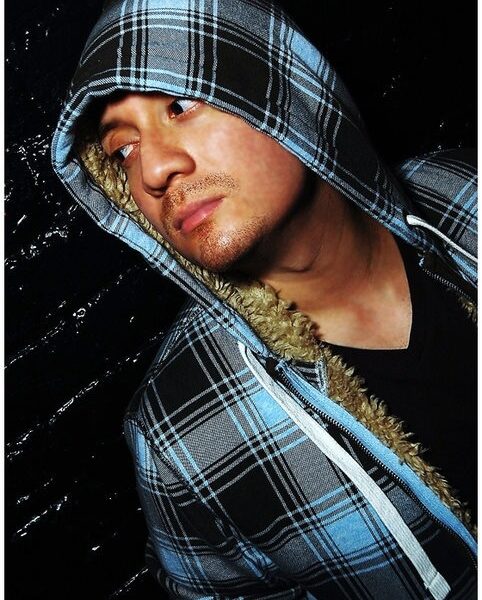 Chicago native Leo “Aerias” Arias started rapping when he was 15 years old, when rappers were inspired by those who could “spit” rap or who was the best battle MC. Things have changed now, but he retains that originality that plays off the members of the crowd and their energy.

“At the time, you could freestyle. You could come up with anything at the drop of a hat. A lot of rappers don’t do that anymore,” he said.

Taking a rock approach to his rap music by also playing guitar, he tries to convey whatever emotion the song demands. In his last album, “Scream Like You Mean It,” you might expect a raging and yelling mess, but the title track instead has a strong guitar riff drumming underneath raw lyrics. Aerias uses the song to speak openly to the audience, “Scream like you mean it, cause if you don’t feel it, nobody goin’ believe it.” The entire album can be streamed on his website.

“What makes my music different is me. The things I rap about, the things I say, and the way I say them are very different,” Aerias said. “I have a very distinct voice when I rap. The way I deliver things is completely different. I’m very character based.”

Part of this voice originates from growing up in Chicago, which to Aerias is a lobster bucket and training ground. The expectations of artists from Chicago are extremely high, with such notable figures like Kanye West and R. Kelly coming from the “Home of the Blues.”

Being raised in Chicago taught Aerias how to be aggressive when it comes to self-promotion and his music, because of the fierce competition and expectations. “It’s like you have the strictest, strictest parents ever, and they’re just never impressed with you,” he said.

Roma Bavar, a junior at Northeastern Illinois University and Aerias’ friend since high school, said his ability to engage the audience is part of what drives his talent. “From the beginning he always had a witty sharp tongue and was a talented freestyle rapper, and also a pretty good dancer,” she said.

She said he uses humor and wit to appeal to a smart audience without patronizing them with repetitive lyrics about drugs and money. “He can write about an array of topics from real raw emotions to the funny everyday events and still be able to add his unique creative style to it.”

Music’s modern accessibility has allowed listeners to illegally download music, bypassing revenue for the industry. Yet, music fans will still pay to see live shows, and that is where Aerias performs all out to make the most of the event. When the college student generation sees an interactive and entertaining show, they’ll tell their friends and even buy the artist’s music to support him.

“I think my performance and my music appeal to a college crowd because right now it’s aggressive. It’s wild. The college community is a collective community,” he said. “It’s not just a concert anymore. It’s an experience.”

Aerias’ music is an outlet for college students to discuss and learn about different opinions in an entertaining way, according to Bavar. Aerias said that college is the most tumultuous point in a person’s life, and his current album has a song for every emotion, which reflects the rollercoaster college students experience on a daily basis. “You could have partied the night before, but then you panic because you have an exam the next day. Or you’re lazy. Or your girl just broke up with you,” he described. “I capture what sucks and what doesn’t.”

Previous Post:Is female ejaculation a myth?
Next Post:Never Have I Ever…