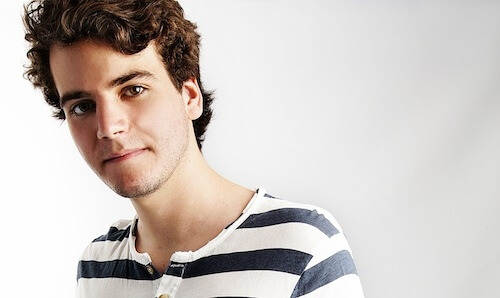 Renee KlahrMar 29, 2012
Home » Latest Posts » Pardon My French: CM interviews 19-year-old DJ Pierce Fulton
FacebookTweet
Ultra Music Festival is the crème de la crème of electronic dance music events in America.
Every March, people flock to the 3-day outdoor festival in Miami to partake in the one of the largest EDM gatherings of the season. Luckily for college students itching to join in on the festivities, Ultra often falls out around spring break.
More grateful for the coincidence, however, is DJ Pierce Fulton, who performed at Ultra on March 23.  Why? Because the 19-year-old “Nu Skool” producer/DJ is unlike his fellow artists – he is still in college!

“I started producing electronic music in 2009 when I was a junior/senior in high school,” Fulton, a sophomore at University of Vermont, said. “As I went into college, I took it on as a hobby before it started progressing.”
The progression was like a chain reaction, as he called it, which began when he posted his music on the Internet. His tracks quickly traversed across the blogosphere, as his synth-heavy and ambient dance music sparked an interest among listeners.
Fast-forward to the present and Fulton’s EDM hobby has expanded into the makings of a lasting career.
Not only has he been signed by Cr2 Records, the same company responsible for launching Steve Angello and Eric Prydz, but his debut EP Pardon My French also performed exceptionally well on iTunes and Beatport. Within just days, the EP climbed to the number two position in the Beatport Top 100 electro house releases and landed the number 89 spot on the US iTunes dance chart.
Still early in his career, Fulton has already performed alongside the top DJs in the world, at venues that most DJs only dream of attending.
As any impassioned artist, Fulton is always hard at work developing something new. “Right now I’m trying to make a sound that goes along with my name so that when people hear my track they go ‘Oh, that’s Pierce Fulton,’” he said.
“Rather than trying to take someone else’s style and make it my own, I say go out and record weird stuff,” Fulton added. “I’ve recorded smacking doors and my burps. It’s always better to do something weird and different.”
But as an up-and-coming talent, Fulton admits that toeing the line between being a college student and a successful DJ can be somewhat of a balancing act.
“This semester my agent said ‘You need to get Mondays and Fridays off,’ so I piled all of my classes on Tuesday and Thursdays,” Fulton said.
Yet the intense traveling and grueling schedule, which may seem burdensome to most, has not offset bright-eyed Fulton. “It’s refreshing almost,” he said. “I go to class during the week, but if I were to stay at school every weekend I would get really sick of it. To be able to go somewhere new every weekend is kind of nice.”

Find schools
However, there are also downsides to leading such an unorthodox collegiate life.
While traveling the globe to perform in front of thousands is surreally fantastic, it is not always the glamorous party life that one may imagine. “I’m not looking to go out and get hammered with my friends,” he said. “I’m looking to go out and make connections.”
But Fulton still cannot afford to party all the time if he wants to stay on top of his responsibilities as a student.
For example, after a February performance at Lima in D.C., Fulton skipped out on a night of celebrating to return to his hotel room. He had class the next morning, he explained, and had to read the classic novel “Frankenstein”.
It’s stories of that nature that serve as a reminder that, aside from his whirl-wind DJ life, Fulton is not that different from your average college student.
He watches How I Met Your Mother and stays away from sweaty basement parties. He is also currently an economics major, and hates it. “I might want to switch my major,” he added. “But not to music because I want to do something as sort of a back up plan.”
Preparing for all future scenarios is an admirably practical solution, but his primary goal is to continue making music for as long as he can. “I think it’s so funny how quickly things change,” Fulton said. “I’ve always lived with the mentality of doing what comes my way. I don’t really have a plan, but I’ve always wanted to do something with music.”
FacebookTweet
Celebrity Advice Life

Previous Post:Copenhagen 2012: I Miss You Bloomington
Next Post:Top 10 WAGs in Sports